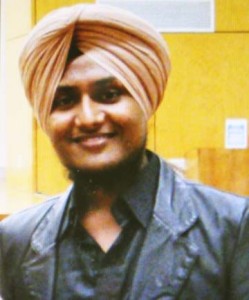 New Zealand: The mother of security guard Charanpreet Singh Dhaliwal has had to postpone her trip to New Zealand after her other son suffered serious injuries in a motorcycle accident.

Waitakere police launched a homicide investigation after Dhaliwal was found dead at a Henderson construction site in the early hours of the morning on November 18.

Police say he was assaulted and died from head injuries.

Karamjit Kaur, the mother of the 22-year-old devout Sikh whose body has been returned to India, has repeatedly said she wants to come to New Zealand to visit the site where he died.

The widowed mother has also said she wants to speak with those responsible for her son’s death.

Singh said the man was hospitalised for several days after crashing into a car door that was opened as he was riding past.

“He had actually bad injuries.”

He has since returned home and the date of Kaur’s trip is hoped to be confirmed later this week.

Singh said he expected her to arrive here some time next week.

The Sikh community in New Zealand has raised a total of $22,000 for Dhaliwal’s family.

The mother of a second Sikh community member who recently died in New Zealand hoped to come with Kaur, Singh said.