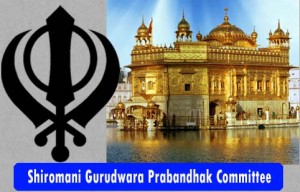 SGPC to fund 5 ‘true Sikhs’ to undertake research at Cambridge

Amritsar, Punjab: The Shiromani Gurdwara Parbandhak Committee (SGPC) will sponsor five Sikhs to carry out research at the prestigious Cambridge University. However, the five will be required to maintain their “Sikh identity” – refraining from cutting their hair or trimming their beards, among other things – during the period of their study.

“The students can be from any part of the country and they can choose any area of studies. The only condition is that students should be true Sikhs and follow the principles of Sikhism,” SGPC president Avtar Singh Makkar told reporters here Thursday.

“They have to maintain their Sikh identity, and if they cut their hair and trim their beard, while studying in Cambridge, then they will have to refund the scholarship amount. The college fees and living expenses will be shared equally by SGPC and Cambridge Commonwealth Trust,” he said.

An MoU between the SGPC and the Cambridge university was signed in Cambridge July 21. As per the MoU, every year five Sikh students of good academic background, who want to pursue Ph.D and M.Phil courses, will be sent to the university.

“This scholarship will cover the university fees at the overseas rates of 12,768 pounds for science and 9,747 pounds for arts,” a SGPC official said.

After completing their studies at Cambridge, students have to come back and serve in SGPC institutions for at least five years, the official added.

Chandigarh, Punjab: Shiromani Gurdwara Prabandhak Committee (SGPC) today said it plans to open new educational institutions at various parts of the country and enter into tie-up with foreign universities to provide quality education to students at schools run by it.

SGPC president Avtar Singh Makkar said while nine schools and some colleges were opened last year, plans were afoot to open new institutions in different parts of the country this year.

“We will also enter into tie-up with foreign universities to provide quality education to our students,” Makkar said about the plans of the apex religious body of the Sikhs.

“We have entered into an MoU with the Cambridge University, under which SGPC will send five selected Sikh students to UK for pursuing M Phil and PhD programmes in England.