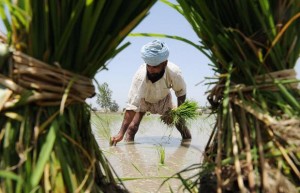 Chandigarh, Punjab: Farmers of the state may head for Mongolia soon with the Ministry of External Affairs considering a proposal to send them to farm land in that country for six months every year.

It may also take up the issue of opening a visa office at Amritsar and has asked its Ambassador in Spain to expedite the case for release of police verification certificates of around 5,000 immigrants, according to Minister of State for External Affairs Preneet Kaur.

In an interview with TNS, Preneet Kaur, said the Mongolian offer had come about during her recent trip to that country. She said the Mongolian government envisaged using Punjab farmers to cultivate land during the six-month summer spell.

The minister said the government proposed opening up a strip of land suitable for sowing of wheat and other seasonal crops to Punjab farmers. She said a company was likely to be formed to facilitate the movement of farmers to and from Punjab.

Preneet said, “Ethiopia also wants Punjab farmers and I feel Ukraine will also welcome Punjab farmers”. She said she would take up this issue during her visit to Ukraine shortly.

This coupled with an offer from Sudan, which has one million square miles available for cultivation with only 20 per cent under the plough right now, opens up agricultural vistas for Punjab farmers like never before. Punjab farmers are already cultivating land in Australia and Argentina besides the US and Canada.

The minister also disclosed that there was a demand to open up a visa office in Amritsar considering the fact that an international airport had come up in the city.

She said this however would not help those seeking a visa to Pakistan as the Home ministry cleared all such visa applications.

When questioned on the issue of expediting the release of police clearance certificates to nearly 5,000 Punjabis whose future was at stake in Spain, she said the Indian Ambassador in Spain had been asked to expedite the process of release of the certificates. “The ministry can stamp forms only after the Spanish government approves the format of the forms necessary for this purpose. We had sent the form format three weeks ago but have still not got it back”. She said once this was received, the necessary clearance would be given immediately to all those who fit the bill.

Asked to comment on the denial of right to Sikh children to wear the turban in state schools in France, she said Prime Minister Manmohan Singh had taken up the issue with the French President. “A couple of points which could help resolve the issue have also been submitted and we hope to get a positive response from France”, she added.

Meanwhile, Punjabis living on the border in Dera Baba Nanak and demanding a corridor to visit Gurdwara Kartarpur Sahib in Pakistan could be in for a disappointment with the minister saying establishment of a corridor to facilitate pilgrims was not possible as of now.

Previous: The Anand Marriage Act
Next: Uranium may not be cause: Expert