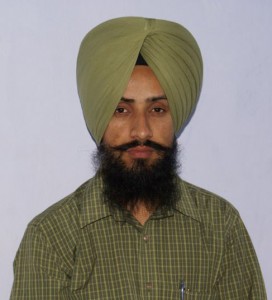 Sources revealed that due to  the pressure of Vice chancellor of Punjabi University Dr. Jaspal Singh, Punjab police has let off Sewak Singh form its illegal detention. He was released in wee hours on Friday by Mansa police from where he reached at his native village Bajewala in Mansa district.

Documentary evidence have forced police to release Sewak Singh, who was taken away by Ludhiana police and this police party was accompanied to university by a local DSP. Later Mansa police has took him for questioning.

Talking to this reporter over phone from his native village Bajewala in Mansa district Sewak Singh said that he was victimized by Punjab government and SAD badal.

He alleged that SAD chief Sukhbir Singh Badal has been creating panic among the youth of Punjab by adopting such types of activities. Being a home minister he has direct control of police and with the help of police he has creating vicious atmosphere in the state, he added.

He alleged that his laptop and mobile phone was with police and will approach police for it. He however admitted that behavior of police was accommodating and they did not use any strictness during his detention.

Sewak Singh, who had served as president of All India Sikh Students’ federation in 2003, said that he was with associated with federation in so many years. He said that Police is terrorizing him and other like minded people for not to participate in coming SGPC elections.

He said that police has questioned him regarding their source of income and also enquired their alleged foreign links.