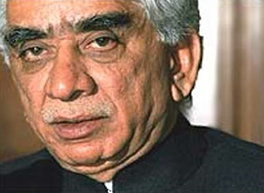 Taking exception to the sacking of Jaswant Singh from the BJP, they termed it a reflection of the rising intolerance within India in general and Hindutva forces in particular.

However, they alleged that Jaswant Singh’s book stopped short of unfolding the bitter fact that Vallabhbhai Patel was indirectly responsible for the killing of thousands of innocents on this side, for being the Home Minister he failed to prevent the bloodshed.

They alleged that all the three knew that a large population of Muslims would be the biggest hindrance in converting India into a Hindu state. Portraying M.A. Jinnah as a villain in India for partition was also the brainchild of these leaders, they said and added that bloodshed had taken lives of million of innocent Muslims, Hindus and Sikhs.

Previous: SGPC honours sacked head granthi on retirement
Next: Verandas along parkarma to be redone