Amarinder for separate SGPC for Haryana 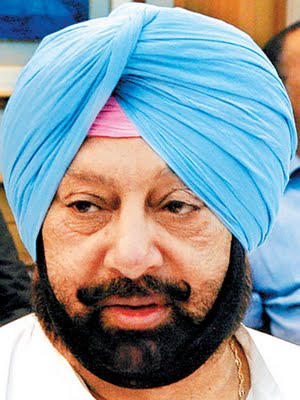 Kharar, Punjab: Supporting the demand for a separate SGPC body for Haryana, former Punjab Chief Minister Amarinder Singh today said on the pattern of Delhi and Maharashtra, the Sikhs of Haryana have every right to form their separate body.

He said this while talking to mediapersons at the residence of Kharar MLA Balbir Singh Sidhu, after appearing in the Amritsar Improvement Trust Scam Case at Mohali courts here today.

He said Punjab was a big state when the SGPC was constituted. But later, Haryana and Himachal were carved out of Punjab. The Akali leaders should respect the religious feeling of the Sikhs living in the different states.

The former CM alleged that the Akalis were using collection from the SGPC controlled gurdwaras in elections against the Opposition and had never spent on propagation of the religion. He also countered the statement of the SAD government that its coffers were empty. The increased revenue from VAT should be used in buying electricity from the neighbouring states.

Stating that the claim of the SAD leaders that power generation in the coming years would improve had been false, he said. “It was Haryana which would increase its generation by 6,200 MW in the coming three years,” he added.

Earlier appearing in the court, the former CM along with other accused alleged that the case was being dragged unnecessarily due to political vendetta. The counsel appearing on behalf of Amarinder sought documentary proof of the allegations levelled and reasons behind the charges mentioned in the FIR. It had been pointed out that the documents provided to the accused were unreadable.

It may be mentioned that the judgment of a case filed by the former CM in the Supreme Court against the vigilance case had been reserved. The counsels of the former CM had demanded copies of 63 documents of the case, a readable copy of the documents supplied by the prosecution and a copy of the recorded version of the complaint forwarded by the Vidhan Sabha.