“Sikhs for justice" protests Kamal Nath Visit to US 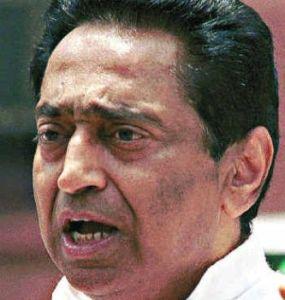 New York, USA: Kamal Nath MP and Union Minister of India for Road and Transport who is currently in United States to attract investors and met World Bank officials and other investors was indicted by the Nanavati Commission on allegations that he lead the mob that killed Sikhs during November 1984 massacre of Sikhs.

The Commission established by the Indian Government in 2000 to investigate the 1984 Anti-Sikh riots in which thousands of Sikhs were massacred was headed by G.T. Nanavati, retired Justice of Supreme Court of India. Witnesses Monish Sanjay Suri a reputable journalist, Mukhtiar Singh manager of the Gurdawara, Ajit Singh, and Satnam Singh testified that Kamal Nath lead an armed mob that attacked and demolished Gurudwara in Rakab Ganj in November 1984. In that incident several Sikhs were burnt alive by the mob lead by Kamal Nath. Others against whom credible witnesses, testimony and evidence of involvement has been found are Jagdish Tytler who was till recently a Congress (I) MP and union minister; Sajjan Kumar another Congress (I) MP and Amitabh Bachan a very well known movie star. Bachan was seen by thousands of people on National TV inciting the viewers to kills Sikhs with statements such as “Blood for Blood” on October 31, 1984.

According to attorney Gurpatwant Singh Pannun and advocate Navkiran Singh, legal advisors for Sikhs for Justice a NY based human rights advocacy group although Kamal Nath was indicted by the high ranking investigation commission headed by Justice G.T. Nanavati in 2005, the Indian Government and its prosecuting agencies failed to file any charges or prosecute Kamal Nath and instead he was rewarded with a cabinet post. Attorney Pannun stated that US Immigration and Nationality Law which governs the entry of foreign nationals to the US prohibits issuance of Visa and admission to US of individuals with known history of human rights violations.

Attorney Pannun further stated their organization will file an official protest with Secretary US Department of State, US Attorney General and US Department of Homeland Security and will lobby to stop visits of Kamal Nath, Sajjan Kumar, Jagdish Tytler and Amitabh Bachan, known human rights violators and killers of hundreds of Sikhs to the US. In the past Indian politicians such as Narendra Modi, sitting Chief Minister of Indian state of Gujarat who was involved in the killing of thousands of Muslims in Gujarat in 2002 was twice refused visa and entry into US.

As per April 2009 Amnesty International Report twenty-five years after the massacre of thousands of Sikhs in India, following the assassination of Prime Minister Indira Gandhi in 1984, the country’s government has failed to bring to justice those responsible. http://www.amnesty.org/en/news-and-updates/sikh-massacre-victims-await-justice-india-25-years-20090409 (As stated in the report by Ramesh Gopalkrishan, Amnesty International’s South Asia Researcher “The CBI’s admission of failure to gather sufficient evidence could very possibly lead to the court clearing Tytler of all charges – in effect, ending the judicial process against any of those accused of responsibility for the 1984 massacres,”).

Sikhs For Justice, a New York based human rights group is campaigning to get justice for November 1984 victims with the support of All India Sikhs Students Federation, President Karnail Singh Peermohammad.