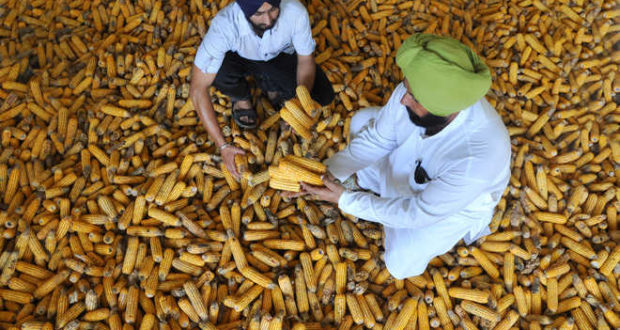 Comments Off on Sikh Farmers’ Organic Push in Punjab 1,146 Views

Chandigarh, Punjab: When Ikroop and Raman Tiwana returned to Chandigarh in 2014 after spending a good number of years abroad, they decided to take over their farms themselves. They stopped giving it for contract farming and began growing vegetables. The farm at Paintpur near Mullanpur was a relatively small one — around two acres — but the produce was good enough, and not just for the Tiwanas. They often found themselves sharing sacks full of fresh vegetables with their friends and relatives. Soon, they turned entrepreneurs and connected with organic lovers over a small WhatsApp group and a Facebook page. Today, the two take pride in calling themselves ethical farmers, who grow vegetables and flowers without pesticides.

Jaspal Chatha is a bigger farmer and owns about 30 acres in Nakodar. The fresh college passout entered farming in 1981. Punjab was flourishing in Green Revolution’s gains, but Jaspal wasn’t glad. He still missed the feel of the soil from when he had returned to India from Kenya in 1964. “We were still using Persian pumps. Ploughing was done with bullocks. And the soil was much softer. I had my share of memories, but I could do nothing about it as I had no idea about organic farming.” However, two decades later, he did make the transition.

Starting with small areas and then graduating to the entire field worked well. “There was no dip in the yield,” says Jaspal, who has been trying various kinds of alternative farming in the last few years. While following biodynamics, he is also going for the age-old method of sowing and harvesting according to the lunar calendar.

There are around 1,500 hectares of certified organic land in Punjab, according to various reports, although there is no official figure. 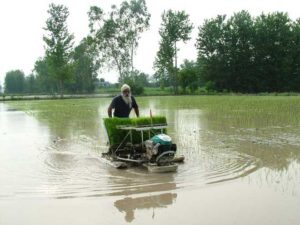 The growing number of local farmers is changing the market marquee and the number of consumers is on an upswing, and swiftly so. Mohali resident Balwant Kaur says they shifted to using organic vegetables after being spurred by a close family friend. The weekly trips to Chandigarh’s sabzi mandis explain what ensued thereafter. “You have to eat it to believe the difference between organic and regular stuff. Vegetables are juicier and smell better too,” she says.

While Balwant turned to organic easily, Ikroop, who handles market for the produce from their farm, feels marketing organic produce is a tricky thing, still. Growers often find themselves facing pre-conceived notions; biggest of them being organic products are expensive. Ikroop insists the prices are not very high. However, she does say that bio inputs are expensive and not subsidised by the government. “And as our produce is always prone to pest attack, we have to count that in. However, the difference is marginal,” she says.
Consumers as facilitators

It isn’t just the community of organic farmers that is growing. Hem Khosla has been ‘into organic’ for quite a few years now. She would source vegetables and groceries from all over the country, look for the best quality products online, but she has been growing her own vegetables at her farm near Jalandhar for around three to four years.

But the idea isn’t just to introduce organic produce to her loved ones. She feels it is the community that deserves it to eat ‘poison-free’. For that, she and several others like her are not just growing vegetables, but also helping farmers market their produce.
Among them is Rohit Gupta, a businessman from Ludhiana. He takes pride in the fact that almost every vegetable or grocery that comes to his house is organic. At least that is the idea. Rohit, too, grows vegetables at his own farm. Going a step further, he has now joined Kheti Virasat Mission, a non-profit group promoting organic farming in Punjab.

Along with several other volunteers like Hem, he is now bringing farmers market their produce and informing people about the choice at hand. 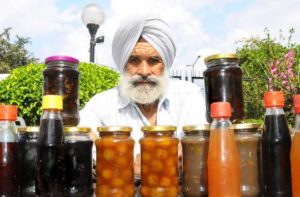 “We would sometimes get organic products and sometimes not. Though I would cultivate my own little piece of land, it would not give a good yield when I did not have the time for it. We are now bringing farmers to kisan haats being held in various cities of Punjab every Sunday,” says Rohit, who is joined by Rajiv Gupta, chief manager with State Bank of Patiala, in Patiala. Whatever time he spares for himself goes into marketing organic produce. What spurs Rajiv’s interest was concern about the poison in the food chain. “People were contracting non-curable diseases and being fleeced in the name of organic, while farmers were being exploited. At these haats, farmers bring produce, which is fresh from the farm and they don’t have to give commission to any mediator who takes it to a superstore,” he says.

While KVM convener Umendra Dutt is ecstatic about the response, Rohit says one can only see the difference when one comes to such a mandi. His favourite example is that of a man who took home kinnows for juice from the mandi one Sunday. When the stock exhausted, his family switched to regular kinnows and the man wondered if the kinnows he got had rotted. “That is the difference, you know!” he gushes. Ikroop too swears by the taste of palak and methi from her farm.

Bigger famers are happy too, but have bigger challenges to face. Hartej Singh Mehta, from Mehta village in Bathinda, took to organic farming after pest attack damaged his entire crop in the early 1990s. He gradually shifted to organic and his 11-acre farm turned fully organic around 12 years ago. He says that while people’s yields have been falling, theirs is on a rise. “Though our crop too was damaged this year, we were able to save seed. Our forefathers followed a system. We played into the hands of corporates and lost our traditional knowledge. But Earth is furious. We need to go back to our roots and set things right. However, mindsets can’t be changed that soon, we know. But we have made a start,” he says.

Food for thought or a thought for food. Either ways, it works for us. Doesn’t it?

For some, awareness also leads to DIY, no matter if there is a farm or not. Anoop Kapoor, a Chandigarh-based businessman, is among them. His rooftop flourishes with 10 to 12 varieties of vegetables planted in 160 pots. What began as a hobby has grown into a passion. And he says nothing beats fresh salad from the kitchen. “I would not want to exaggerate, but it meets around 20 per cent of my household consumption,” he beams. Pallavi Sharma, an MSc student in Bathinda, has been growing vegetables on the terrace for last two years. She says there is no better food than that made of vegetables from your own kitchen garden.

Similarly, Amrinder Kaur, who runs a school in Bathinda, has been tending to her kitchen garden ever since she attended a training workshop organised by KVM. She converted her fallow plot into a kitchen garden and grows around ten kinds of vegetables. She has been doing composting and mulching and is happy with the results.