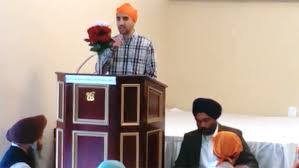 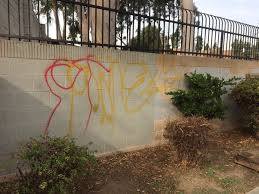 A 21-year-old man, who vandalised a gurdwara with hateful anti-ISIS graffiti following the San Bernardino shootings, has been sentenced to 80 hours of community service at the place of worship he targeted and 240 hours of graffiti clean-up.

Brodie Durazo pleaded guilty to charges of misdemeanor vandalism and vandalism of religious property in exchange for serving 80 hours at the Gurdwara Singh Sabha at Buena Park, a suburb of Los Angeles, as well as 240 hours of graffiti removal elsewhere.

Deputy District Attorney Jess Rodriguez told the judge that Gurdwara leaders had agreed to allow Durazo to work there for his community service.

“They believe it can be a productive result, having him learn about them and their beliefs,” Rodriguez said at the hearing on Tuesday. 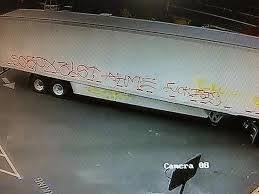 Japnaam Singh, a long-time member of the gurdwara, said the sentence seemed just in light of Durazo’s apology to the congregation.

“In our religion, forgiveness is a virtue, and something we abide by every day,” Japnaam was quoted as saying by The Orange County Register.

Durazo sprayed graffiti, including references to the Islamic State terror group, on a parking area wall and a parked truck at the gurdwara. The graffiti was discovered on December 6.

Shortly after his arrest, Durazo read an apology letter to the congregation.

“I know your guys’ faith and ‘church’ have nothing to do with the Muslim religion or Islam, that is why I did not write the profanity on your walls or temple,” Durazo said in remarks videotaped and posted on Facebook by the Sikh Coalition.

2016-04-22
SSNews
Previous: Dhunda takes another U-Turn at Milpitas Sikh Temple in California
Next: Sikhs in the West are not entertaining any Indian Political Party anymore