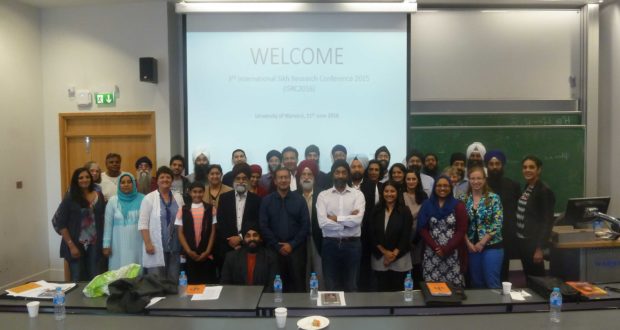 ISRC 2016 held at the University of Warwick was a major success.

The third International Sikh Research Conference (ISRC) showcased the research of University students as well as seasoned scholars of the Sikh faith. The conference was convened by Harjinder Singh Lallie (University of Warwick) and Gurinder Singh Mann (Director of the Sikh Museum Initiative). The event followed on from the tremendous success of the ISRC 2014 and 2015. 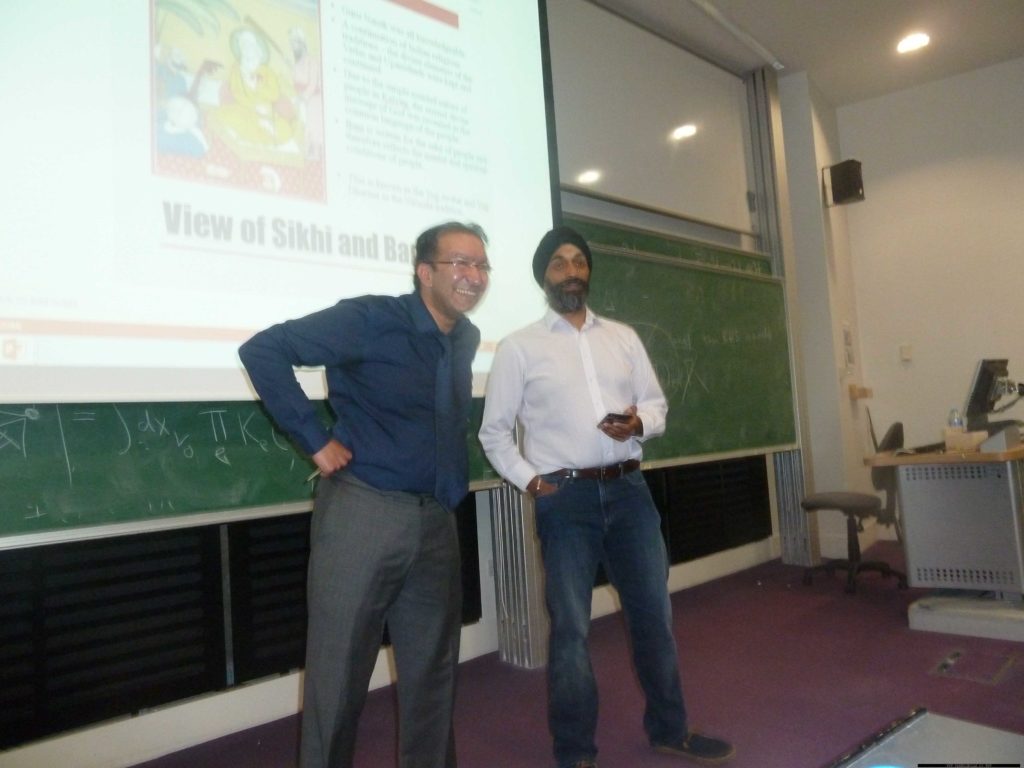 The ISRC was again hosted at the University of Warwick on the 11th of June 2016. The scope and range of presentations varied and brought together researchers from different disciplines and different countries as far as field as India, Italy, Denmark, Canada as well as presentations from UK researchers. The convenors discussed the vast amount of submissions made highlighting the growing popularity of the conference.

First session
Vikram Singh Sodhi (Anandpur Sahib Heritage Foundation) was the key note speaker in the early session. He noted the contributions made by the Gurus in the development of Anandpur as well as alluding to the growing popularity of the town based on festivals like Holla Mohalla. It was noted that there was major work that still needed to be undertaken to further highlight the history and heritage of the town. Catherine St-Hilaire (University of Milan) highlighted the importance of Sikhs in Italy and their contributions as well as the issues faced by new migrants into the country. Gurinder Singh Mann (Sikh Museum Initiative) discussed the 3d modelling work undertaken by the team. Mann spoke about the project Anglo Sikh Wars: Battles, Treaties and Relics and a new exhibition which will exhibit relics from the regiments which fought in the battles. Doris Jakobsh (University of Waterloo) went through the growth of woman Internet sites. She showed in some cases these websites were more prominent than their male counterparts which as a result brought several well know female speakers to a global stage.

Second session
Fakhar Bilal (Royal Holloway University of London) highlighted the role of different Sikh administrators in the development of Multan. His presentation was supplemented with detailed maps of how territories were changing during 1818 to 1849. Harjinder Kaur (Independent Researcher) presented her research on domestic violence by looking at the attitudes of men. There were some surprising results in the surveys she had undertaken. Harpal Singh (Independent Researcher) gave a philosophical interpretation to key concepts and words in Sikhism. He elaborated on the concept of Chardi di Kala and how this was interpreted, as it was a non-scriptural term.

Third session
The third session was started by the second key note speaker, Sujinder Singh Sangha (Independent Researcher) who gave an update on setting up a Sikh chair and Sikh study centre(s) within the UK. Jasjit Singh (University of Leeds) highlighted a new research proposal on Sikh radicalisation in Britain. He went through various newspaper clippings and assessed who and what was labelled as ‘radical’ in the UK according to media. Ramindar Singh (Independent Researcher) went through his research on the changing landscape of Bradford on the Sikhs. He posed some interesting observations on how Bradford would look like in 2050.

Forth session
Tarlochen Singh Mohr (Independent Researcher) discussed his research proposal which looks at the different rituals and practices taking place in Sikh weddings. He interpreted these views based on the numbers of weddings he has captured through his own photography. Zabeen Khamisa (University of Waterloo) discussed the different Sikh networks which have produced a number of key Sikh activists. These activists have later moved into fields which are given them the confidence to make further strides not only in Canada but across the world. Satnam Singh (University of Copenhagen) went through the development of a rare text named the Garab Ganjani Teeka which was written by Kavi Santokh Singh. His discussion centred on the importance of the text and why it had been marginalised over the many years.

Harjinder Singh and Gurinder Singh Mann concluded the session by thanking the speakers and the participants. The thoughtful discussions and constructive feedback on the presentations made the day very fruitful. It was noted that the conference was a comfortable environment to discuss Sikh studies. The ISRC also announced that a book was being produced with many of the contributions of the last three years. The dates of the next ISRC will be published shortly on www.sikhconference.co.uk