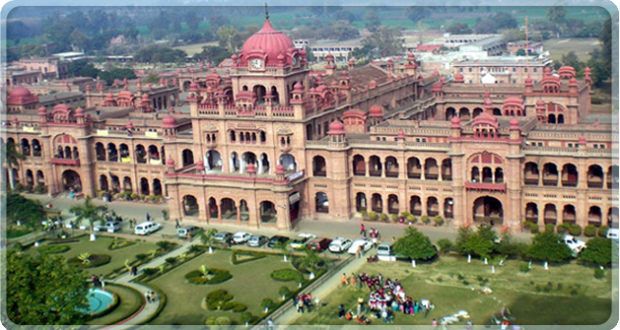 Amritsar, Punjab: The Parkash Singh Badal government is set to clear a proposal for setting up Khalsa University on the iconic Khalsa college campus at Amritsar – a potentially-controversial move that was shelved five years ago in the face of stiff opposition from Sikh and political quarters.

On Thursday, a high-powered committee headed by chief secretary Sarvesh Kaushal is scheduled to take a call on the single-point agenda of giving the go-ahead to the Khalsa College Governing Council   (KCGC) for establishing a university.

The key government functionaries have already prepared “a water-tight case” to be put up before a panel comprising vice chancellors of Guru Nanak Dev University, Panjab University, Punjab Technical University, and a representative of the University Grants Commission (UGC). “The Khalsa University proposal has been examined in detail. There is no technical glitch to turn down the proposal. However, the final decision will depend how the panel of VCs appreciates the proposal,” sources added.

The most strident opposition came from Amritsar MP and Punjab Congress chief Captain Amarinder Singh, who even threatened to stage a ‘ dharna’ on Khalsa College campus in case the KCGC goes ahead with its much-cherished dream to carve a university out of the 123-year-old institution with a luminous place in the Sikh history. At the centre of Capt’s argument – and that of others resisting the move – is an apprehension that the university would dilute and distort the heritage status of Khalsa College. They also question the rationale of having a new university just next to Guru Nanak Dev University.

Amarinder, whose royal ancestors had generously contributed to the establishment of Khalsa College, had gone on record to allege that the Majithias had “vested business interests” in setting up the Khalsa University – the charge Satyajit Singh Majithia had trashed. “What is the harm if we want to set up a professional university that will provide the best education and job-oriented courses. The main Khalsa college will remain under the GNDU. We will not touch it,” he had told press on February 1.

After the government panel’s green signal, the proposal will need chief minister’s nod before the KCGC is issued a letter of intent.