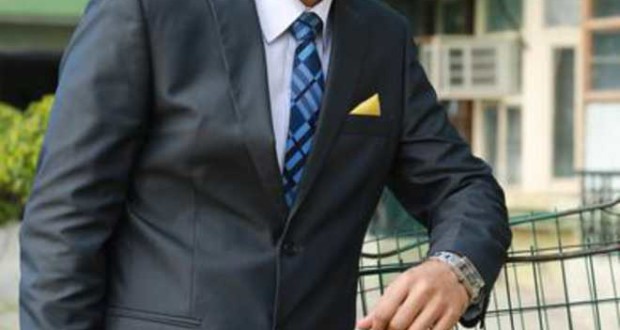 Chandigarh, Punjab: Besides the evident intensity that Saahir Banwait employs to his creative exploits, which result in a lyrical mosaic of music in the form of rap, this young artiste voices concerns that are otherwise only restricted to canteens, hostel rooms, drawing rooms or cafeterias. A student of mass communication at the School of Communication Studies, Panjab University, Saahir juggles with his academic course and manages it quite efficiently, while he juggles his other interests, including acting and rapping. After releasing a number of singles on YouTube and acting in Punjabi film titled 47 to 84: Hun Main Kisnu Watan Kahunga, Saahir is all set to release his first digital album, Mere Hisse De Qisse, on websites where one can download music.

“Even as a kid, I was into writing poetry and I had a massive fondness for music, but most of my early writings were penned in English. I, however, started writing poetry in Punjabi after listening to Bohemia, thereby creating a fusion of my interest and hobby,” begins Saahir. As he waxes eloquent about his influences in Punjabi writing, which range from Sahir Ludhianvi to Shiv Kumar Batalvi, Saahir, in the capacity of a poet, stresses on the significance of shouldering a cause that concerns the society, thereby weighing his words with meaning. “Lyrics, in my opinion, and in my songs, are a priority. So, most of my songs are mounted on a social issue, but I like being experimental and versatile, so I write some lifestyle songs too,” he smiles.

With songs like Chidiyan Da Chamba that highlights issues concerning women and Nahi Si Bewafa, which has been a hit on YouTube, Saahir shares that his idea of making independent music, in terms of rap, is based out of a completely non-commercial agenda. “Three of my producers, Bally Singh, Sukh Dhami and Amolak Riar, and I, who had no fancy equipment to record songs, triggered the idea of free music and these songs are for free too,” he says, leaving quite a few eye brows raised.

“I would like to give out my music for free so that people listen to it and make a choice later to buy it only if they like it,” he shares while adding that one day he would want to be in the league of those artistes whose music people still go out and buy, instead of downloading for free. “I have loved taking the stage, but my personal disposition is that of an introvert, so rap helps me say all that I want to. Rap is the best form of communication for someone who cannot sing,” he laughs.

Saahir lists out a couple of songs from his album, which give us an insight in to the content of his music calibre. “In this album, there is a song about women-related issues, titled Chann Teh Daag, and there is another song on the society and its hypocritical standards titled Jammdiyan Soolan, a line from which reads: Sunny Leonne star, par rape victims nu jeen da vi haq assi dinde nahin,” he shares. His album starts on an introductory rap titled 50 Bars and there are a dozen more songs, including Window Shopping, Paisa and Bullet.

With the only hope that the otherwise deliberately disillusioned Punjabi audience, which dances attendance to the tunes of commercial Punjabi rappers whose songs are laced with the mention of drugs and alcohol, Saahir extends his meaningful poetry in the form of rap at the disposal of those who believe in responsible music. Here is to the refreshingly clean meaningful Punjabi rap that will not read ‘parental advisory necessary’ on its covers.