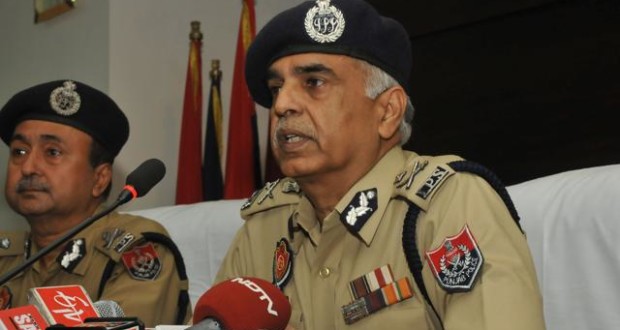 Who is the Punjab’s new DGP Suresh Arora?

Amritsar, Punjab: Soon after the announcement of placing Suresh Arora as Punjab’ new DGP, Sikh community raised strong voice against his character and termed him as another Genocidal killer Cop.

“Sumedh Saini has been transferred,” Punjab Home Secretary Jagpal Sandhu said, adding that he was given the new charge as Chairman of the Police Housing Corporation. Suresh Arora replaced Sumedh Saini.

Arora, a 1982-batch IPS officer, was serving as the Director-General of Police-cum-Chief Director, Vigilance Bureau.

The new DGP, Suresh Arora, has served as SSP in almost all districts, besides serving as the DIG, CM Security, after the assassination of then chief minister Beant Singh.

1980’s DGP KP Gill along with his trusted aides such as Sumedh Saini, Ajit Sandhu, Swaran Ghotna, Suresh Arora along with many others killed more than 250,000 Sikh Youth within 10 years.

The infamous Police officer Swarn Ghotna used to interrogate Sikh youths often at CIA Staff Jalandhar. In the name of interrogation many youth were inhumanely tortured. Swarn Ghotna was the loyal servant of SSP Suresh Arora, at his behest Ghotna would torture many singhs till unconsciousness and then eliminate them.

A postgraduate in law from the University of London, Arora has won various gallantry medals and awards, including the President’s Meritorious Medal, the Distinguished Service Medal and the Prakram Medal for his works against Sikh revolution of 1980’s and 90’s.

The Election Commission of India had appointed Suresh Arora as the Director General of Police of Punjab ahead of the last Lok Sabha poll.

He was selected from among three officers, whose names were forwarded to the ECI by the state government for the post, after DGP Saini had proceeded on a long leave ahead of the poll, following which the Congress had sought his removal from the post.

2015-10-25
SSNews
Previous: Sumedh Saini removed by Badal on the advice of BJP Union Home Minister
Next: SGPC fires Hazoori Ragi over his choice of Gurbani Kirtan