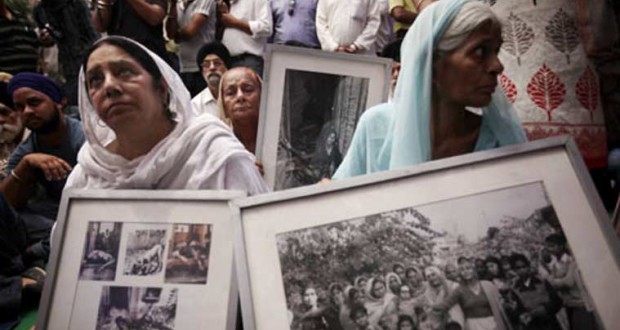 Too little too late

Comments Off on Too little too late 716 Views

Three member committee? IG ranked IPS officers and a judicial officer? Well, police and judicial agencies were all responsible for their negligence, lack of values such as transparency, honesty, conviction, patriotism, fairness and did nothing to protect the people or probe the massacre and catch the guilty in time.

All state agencies failed and that too, failed miserably. Now the central government is ordering a probe but what if the political party which got a thumping majority in the last Lok Sabha elections held in April 2014, the Bharatiya Janata Party and several of its leaders and cadre were also to be found guilty as is alleged? Wouldn’t they try to cover up whatever still remains of their tracks?

Supreme Court failed. Politicians betrayed their people. Police and civil administrations respectively played as mere pawns and pliable dolls of goons-turned-politicians and politicians-turned-perpetrators of crimes against humanity. Delhi Government should perhaps go ahead with its own SIT. Or perhaps, this case should be handed over to the International Court.