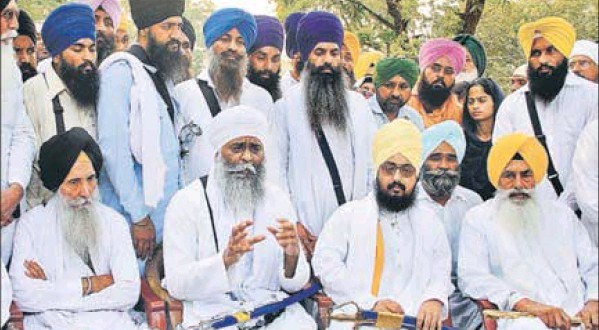 Sikh community organizers had led the agitation against sacrilege, announced to form a “people’s commission” to look into all cases.

Community organizers believing the fake audio did not shared with protesters about the audio nor informed anything about detention of the two brothers according to Indian Press. Sikh Panth bluntly says that the siblings were framed, organizers said the Panjgrain Khurd panchayat in Moga district had refuted the police claim that the brothers had accepted their crime in public. “Police project transfer of money into the bank account of one of the accused as evidence, while the man in Australian depositor has made it clear that it was for the treatment of the injuries accused Rupinder Singh had sustained in the Kotkapura clash,” said missionary panthpreet.

“We have decided to form a people’s commission led by a retired high court judge and a former senior police officer to look into the Bargari case,” the preacher said, adding: “The names of the members of the commission will be announced before October 25.” Panjgrain Khurd sarpanch Baldev Singh said that the accused had never accepted before police that they had a hand in the crime. Demanding to trace the stolen ‘bir’ (aangs from the holy scriptures), the organizers said desecration would stop once the real culprits were caught.