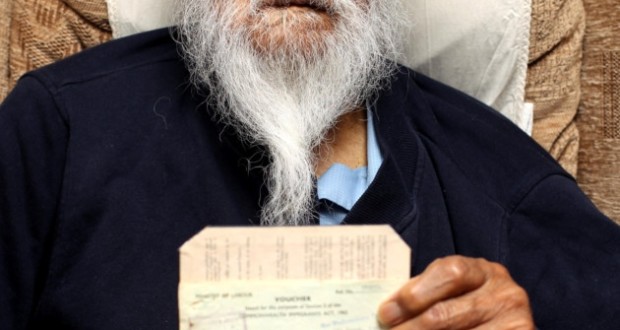 A Hitchin man originally hailing from the Punjab in India who volunteered to serve in the British Army in the North West Frontier during the Second World War has celebrated his 100th birthday.

Sikh who survived a Japanese bullet through the jaw

London, Uk: ‘Blessed’ senior Sikh who survived a Japanese bullet through the jaw serving in the British Army during Second World War celebrates his century in Hitchin.

Pritam Singh, from Meadowbank, had his family around him to mark the milestone, including a number of his five children, 12 grandchildren and 19 great-grandchildren.

Mr Singh, who came to England in 1962 to alleviate labour shortages – after surviving a bullet through his jaw fighting the Japanese with the fearsome 16th Punjab Regiment during the war – worked at Bowmans in Hitchin and Ickleford.