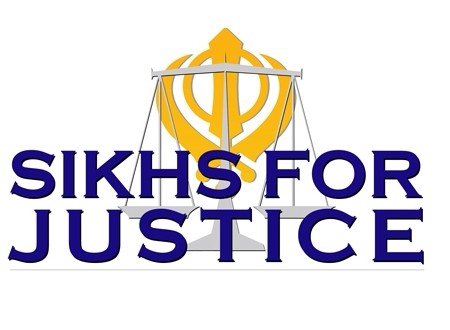 Washington DC, US: The White House issued an official response to rights group’s petition “Sikhs Are Not Hindus” stating that “During his recent trip to India, the President discussed the importance of religious freedom and tolerance in India on January 27 during his speech at Siri Fort in New Delhi”.

“President Obama underscored that India’s success depended on the nation not being “splintered along the lines of religious faith.” White House response further stated.

February 20 White House’s official response indicates that President Obama’s speech to a select audience at Sri Fort New Delhi on the issue of religious intolerance in India was in fact an acknowledgement of the religious freedom issue raised in Sikh group’s petition filed ahead of US President’s visit to India.

“Sikh For Justice” (SFJ), a US based human rights group on Dec 1 filed a petition with over 125,000 signatures asking President Obama to “Question Modi “WHY Indian constitution labels “Sikhs” as Hindus?” while attending Constitution Day events on January 26”.

Commending President Obama’s principal stand on equal status to all religions, legal advisor to SFJ Gurpatwant Singh Pannun, stated that “White House’s response to Sikh group’s petition is yet another reminder to PM Modi that India’s success depends on giving all religious communities freedom and right to profess, practice and propagate their faith without the fear of persecution”.

While Obama in his speech in India clearly affirmed the equal status for Christians, Muslims, Sikhs, Jains and Budhists in America, PM Modi in his February 17 response on religious tolerance failed to address the issue of Article 25(b) which labels “Sikhs” as “Hindus”, added Pannun.

While welcoming Prime Minister Modi’s February 17 statement condemning religious based violence, the White House response states that “In both our countries, in India and in America, our diversity is our strength.” We are committed to working with India to reaffirm this principle not just within our own countries but around the world.”

Right group’s petition to President Obama stated that “January 26, 2015 marks the 65th year of Sikhs’ struggle for right to self-determination, for which Sikhs have been subjected to “Genocide” with impunity, starting from; June 1984, Military action against Golden Temple; November 1984, Organized killing of over 30,000 Sikhs; and 1984-98, extra-judicial killing of over 100,000 Sikhs”.

2015-02-21
SSNews
Previous: SGPC took control of Patna Sahib board from Sarna group
Next: Movie Proud to be a Sikh