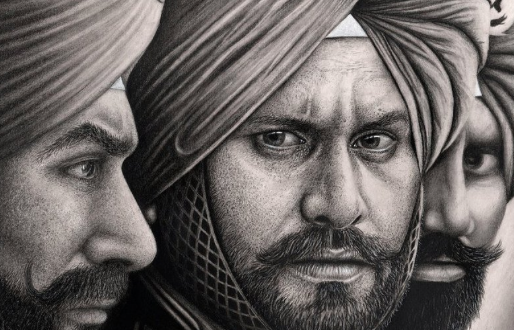 Kent, Washington: Sikhs in United States have decided to observe the India’s Republic Day as black day. US based Sikhs worked hard to get 100K White House petition signatures to press for their demands of a separate constitutional identity for the Sikh community in India.

Sikhs in India along with millions living outside of India also demands the release of Sikh prisoners who have completed their jail terms. Sikhs have asked people to put up black flags at their homes, business establishments and on their vehicles. They urged people to wear black strips over their turbans and women to wear black duppatas to register their protest.

“Sikhs are being discriminated against in India. Their identity as a separate religious group is not being recognized. Jailed Sikh prisoners who have completed their terms are not being released.” said Sikh preacher.

Sikhs simple demand is to repeal Section 25B of Constitution, which brackets Sikhs with Hindus. Indian Constitution does not recognize Sikhism as different religion despite of having different culture, language, religious scriptures and religious laws.