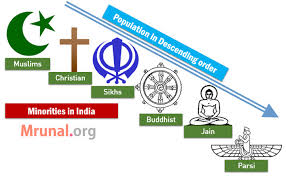 Delhi, India: Amid a growing concern in the Nation’s terror party RSS about the changing demographic profile of India, one of the top leaders of its affiliate radical front Vishwa Hindu Parishad (VHP) has demanded that the ‘two children norm’ must strictly be implemented among Muslims.

“Rather than subsidizing each birth of a Muslim kid, it is must that after two children, there has to be the strictest curb. Perhaps a punishable criminal offense and stopping the ration, jobs, educational facilities will streamline the population facilitation towards better development,” VHP’s working president millitant Praveen Togaida has written in Organizer, the RSS radical literature.

The latest issue of Organizer has done a cover story on the religion data released by the government recently.

The numbers revealed that Muslim population grew most rapidly among all communities. In his write up, Togadia – who is best known for his pro-Hindu rhetoric – said ‘Bharat’ withstood 400 plus years of Muslim rule, but with a permanently damaged culture and surrounding.

“Now, if we do not stand up against the ‘Population Jihad’, Bharat will soon be an Islamic state,” he warned, saying a serious extinction (of Hindus) seems to be on the anvil.

Togadia saw a method – and not a mere accident – in systematic growth of Muslim population in India and dished out figures to buttress his argument.

“Another fast action is must and that is kicking out over 300,000 Bangladeshi infiltrators who have set themselves firmly in the North-East of Bharat.