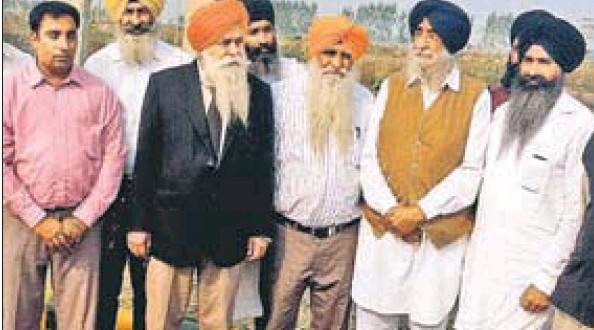 Kapurthala, Punjab: Sikh leader Simranjit Singh Mann and his supporters had to return from the modern jail after the jail authorities refused to let them meet 19 Sikh protesters lodged here.

Mann, along with his advocate and supporters, arrived at the jail to meet Sikh protesters who were arrested by the Kapurthala police after they had reportedly created ruckus in a gurdwara on October 23.

Mann said only their advocate was allowed to meet the protesters, while others were denied permission by the jail authorities.

Jail officials claimed that as per the prison rules, only blood relations of prisoners could meet them, while friends were allowed to meet them when no one from their family visited them.

2015-11-06
SSNews
Previous: 31 Years on Survivors of 1984 Sikh Genocide are Still Waiting for Justice
Next: Jathedars Have Lost All Rights