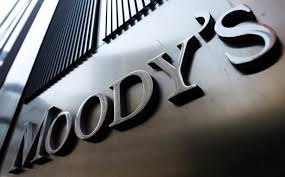 Delhi, India: The growing intolerance in the country echoed internationally on Friday as a Moody’s report cautioned Prime Minister Narendra Modi that he risked losing his “domestic and global credibility” if BJP controversialists were not reined in.

The advice came on a day leading seer the Shankaracharya of Kanchi appealed for Hindu Muslim unity, while Tamil Nadu police arrested a Left-leaning folk singer and slapped sedition charges against him for allegedly insulting chief minister J Jayalalithaa.

Moody’s Analytics, a division of the New York-head quartered credit rating agency Moody’s, pointed to the Prime Minister’s silence on “ethnic tensions” associated with the lynching of a Muslim man in Uttar Pradesh on the suspicion of cow slaughter and a spate of murder of rationalists.

“Modi has largely distanced himself from the nationalist jibes…” but his government has not helped itself with controversial comments from BJP members, it said in first comments by a major global institution over bubbling political controversies in India.

“Modi must keep his members in check or risk losing domestic and global credibility,” said the report, India Outlook: Searching for Potential.

The Congress, although the report called the Opposition obstructionist, latched on to the unflattering remarks against Modi to taunt him for promoting the rating agency’s views during the 2014 Lok Sabha elections.

Moody’s rating for India during the Congress-led UPA-II’s final leg in office was not encouraging, a point Modi broached a lot to browbeat his rival during poll rallies.

“The PM should speak out against the climate of intolerance. During elections, Moody’s views were like Bible to Modi as it is a US company and he is fond of foreign things,” Congress spokesman RPN Singh said.