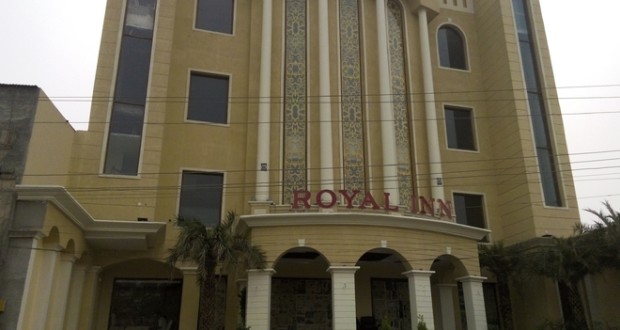 An upcoming hotel in Muktsar belonging to Jathedar.

Comments Off on Jathedar post at Sri Akal Takht Sahib is solely being used of making personal money 1,297 Views

Amritsar, Punjab: Appointing your son as Personal Assistant and posting 18 of your relatives under SGPC payroll and opening of a new 3-star hotel which involves in liquor and meat goes against all norms of the Jathedar of Sri Akal Takht Sahib. Having more than 18 family members on SGPC payroll may also put blackmail pressure on jathedar to follow all advice and orders from Akali Dal Badal (Via sgpc and direct). All Jathedars moral compass is very skewed.

The jathedars of three Takhts have appointed their close relatives on various positions in the SGPC.

Giani Gurbachan Singh has appointed his son Jaswinderpal Singh as his personal assistant (PA). His other relatives drawing salary from the SGPC include a brother, two nephews, two daughters, two sons-in-law and a brother-in-law.

His daughters are working as teachers at Guru Nanak Senior Secondary School, Amritsar, run by the SGPC.

Chak Baja Marar in Muktsar is the Jathedar’s native village. Manjit Singh and Darshan Singh of this village are working with the SGPC.

His other six relatives too are SGPC employees. A three-star hotel of the family is coming up in Muktsar wherein Jathedar’s sons Manjinderpal Singh and Jaswinderpal Singh have 32 per cent share.

Giani Gurbachan Singh’s elder son is circle jathedar of the Akali Dal and is also chairman of market committee Bariwala and daughter-in-law Lakhbir Kaur is vice-chairman of Zila Parishad, Muktsar.

The Jathedar could not be contacted despite repeated attempts. His son Manjinderpal Singh said his brother was not working as PA to the Jathedar, but admitted that their distant relatives were employed with the SGPC for long.

He said the Jathedar did not make appointments. On the upcoming hotel, he said they were only partners in the venture.

Similarly, Takht Keshgarh Jathedar Giani Mal Singh has appointed his son Amandeep Singh as his PA, who holds the post of deputy manager in SGPC. His second son Amarjit Singh is granthi in Darbar Sahib. He had got a relaxation of five years in age while getting service.

Takht Damdama Sahib Jathedar Gurmukh Singh has appointed his brother Himmat Singh as PA. Sources said Takht Patna Sahib Jathedar Giani Iqbal Singh had appointed his son Gurparshad Singh as his PA. Both Giani Mal Singh and Giani Gurmukh Singh could not be contacted. SGPC chief secretary Harcharan Singh said no such matter was in his knowledge. SGPC general secretary Sukhdev Singh Bhaur said: “As per the law, no close relative of an SGPC member or official could be appointed in the SGPC. But the rules were relaxed during the tenure of Bibi Jagir Kaur. He alleged the appointment of relatives of the jathedars was aimed controlling the gurdwaras.

2015-11-11
SSNews
Previous: Sarbat Khalsa ‘strips’ Badal, Makkar of titles
Next: Are Sikhs radicals? Yes we are…