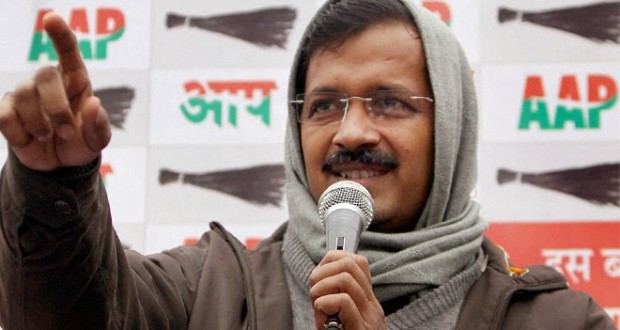 If Kejriwal conquers Delhi, Punjab won’t be far away

Comments Off on If Kejriwal conquers Delhi, Punjab won’t be far away 781 Views

Delhi, India: The Congress’s neartotal absence from the media discourse in the ongoing election campaign could be a journalistic error. But if the party does get squeezed out, as is the projection, in the fight between the BJP and the Aam Aadmi Party, its political exile from Delhi might last decades.

But the Congress’ challenge isn’t about not being in the contest for government formation in Delhi. Its bigger concern is whether the next regime here will be that of the BJP or AAP? If Arvind Kejriwal gets a clear majority, his next destination will be Punjab, where his party did exceptionally well in the Lok Sabha polls and has the potential to emerge as the main challenger to the Akali Dal-BJP combine.

Now if that happens, where would it leave the Congress that snatched a humiliating drubbing from the jaws of victory in the border state in the 2012 assembly polls? Out on a limb, say observers.

The AAP has largely grown at the Congress’ expense in Delhi, appropriating its popular base among the Dalits, the minorities, the poor and the middle-class. The original snatcher of a chunk of these votes was the BSP that was marginalised in the elections that threw up a hung assembly over a year ago. Arvind’s party multiplied its base by at once impoverishing Mayawati and the Congress.

Jayanthi Natarajan may have had her own valid and questionable reasons to quit the party she served for nearly three decades. But her rebellion has compounded concerns whether the Congress is withering away under Rahul Gandhi the way it was under Sitaram Kesri, prompting Sonia Gandhi to step in to stem the rot in 1997?

The party has been in power in the interregnum for a decade, starting 2004. The blame for its fallen stock — symbolized by its historic low in the 2014 Lok Sabha polls — rests as much on the doorsteps of the Congress president. If the AAP tastes blood in Delhi, it would go for the kill in the 2017 polls (or a mid-term election if the BJP parts company with the Akalis and goes solo under Navjot Sidhu as its CM face ) in Punjab, where the Grand Old Party is in disarray. It may even emerge as the principal opposition to the BJP in Haryana at a later stage.

Factional strife, desertions and demoralised cadres have emasculated the Congress at a time it should be itching to take on the ‘discredited’ Akali Dal-BJP combine. Former chief minister Amarinder Singh, whose popularity isn’t matched by any other Congress leader in Punjab, is on a rebellious course in the face of the central leadership’s seemingly couldn’t care less approach. An anti-drugs rally he recently held in Amritsar proved his mass base the leadership in Delhi ought to recognize.

Generational change is never painless. But the collateral damage it causes has to be compensated by hope for the future. Rahul must think of ways to lift the party’s morale. He must go for a blend of youth and experience, nudging the seniors to play mentors to the second line rather than being made to watch the change from the sidelines.

His decision to have the Punjab Congress MLAs over in Delhi for consultations should repair rather than widen cracks in the state unit. The key to that would be to desist promoting cosmetic leadership at the expense of established faces. “Now is the time,” to borrow a line from the history of typewriting, “for all good men to come to the aid of the party”. And that includes warring leaders such as Amarinder, Pratap Singh Bajwa and Rajinder Kaur Bhattal.

2015-02-02
SSNews
Previous: Bhagat Puran Singh Ji’s real life movie
Next: Sikhism lesser known in America; what does the SGPC do?