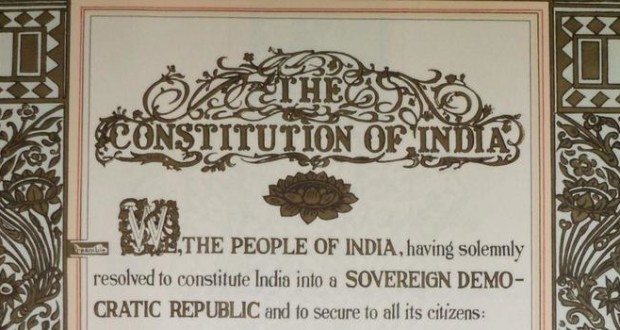 Maharashtra, India: The Shiv Sena on Wednesday demanded that the words “secular” and “socialist” be permanently deleted from the preamble to the Constitution.

The demand came in the wake of a controversial Republic Day advertisement by the Information & Broadcasting Ministry showing a picture of the Constitution without those words, as it was before the 42nd amendment.

Sena MP Sanjay Raut elaborated that if Pakistan had been created for Muslims, then India was a Hindu country. He added that India was not a secular nation, whether or not those words were included in the preamble.

Shiv Sena made this statement public after US President Obama urged India to uphold religious freedom. Sikhs around the globe are spreading awareness of Indian Constitution clubbing Sikhs with Hinduism despite of vast differences in religious scriptures, practice and language.