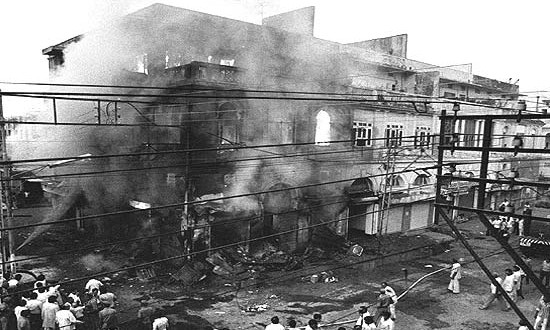 He said with the BJP in Delhi apparently on a weak wicket, the BJP and the SAD had leaked the letter to the media since an announcement at this juncture was not possible because of the poll code.

He asked if the BJP was serious about providing justice to the Sikh victims, why had it waited for eight months to implement a decision taken by the Kejriwal government.

“The Congress dares the Modi government to also probe the role of 49 BJP and RSS workers named in 14 FIRs, by the Jain-Aggarwal committee (1992-94). An FIR (No. 35) dated June 8,1992, carries the name of Ram Kumar, a prominent Delhi BJP leader and Vajpayee’s election agent during the 1980 poll, as an accused in cases of rioting, dacoity and attempt to murder,” Khaira said.

Admitting that the Congress had failed to deliver justice to the genocide victims, he said the track record of the BJP and the SAD was no better and these parties were now shedding crocodile tears for political gains. “The Congress challenges both the BJP and the Punjab CM to deny the role of BJP and RSS workers in the 1984 genocide,” Khaira said.

He wondered why Badal had not pressurised the Modi government to implement the Nanavati Commission report. “Let Badal clarify what he has done for the rehabilitation of the genocide victims in Punjab,” he said.

“The fact of the matter is that neither the BJP nor Badal is serious about ensuring justice to the victims of 1984 genocide. The so- called SIT is yet another political stunt to whip up passions for electoral gains,” Khaira claimed.

2015-02-03
SSNews
Previous: Work to remove water tank near Darbar Sahib begins
Next: Punjabi women are getting hooked with drugs