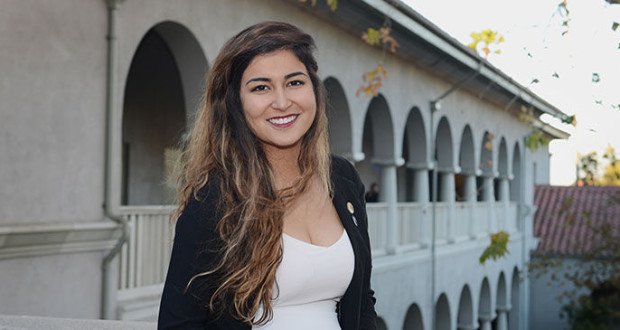 Riverside, California: Riverside City College student Ravneet Kaur, 20, has been appointed to the California Community Colleges Board of Governors.

A 2012 graduate of Hemet High School, Kaur is well known for her volunteering. Currently she is a Region IX Governance and Internal Policy senator for the Student Senate for California Community Colleges and a member of the Associated Students of Riverside City College (RCC).

“In only 20 short years she has accomplished much to be proud of and taken an interest in improving the wellbeing of those around her,” he said. “The voices of California community college students will be well-represented with her on the Board, and my colleagues and I look forward to working with her to craft policies that continue to improve the student experience.”
On track to graduate in June, Kaur hopes to attend either Stanford or Cal, eventually attending medical school back east in order to become a heart surgeon. Currently she is pursuing a degree in cognitive science.

“The discipline itself not only has premed courses but also focuses on all aspects of human development, encapsulated with not only the fundamentals of the biological sciences, but includes humanities, linguistics, neuroscience, and strokes of the social sciences,” said Kaur, whose parents and brother came to the United States when she was four years old.

Out of high school, Kaur was accepted to various UC institutions, however she said none felt right. The summer before her freshman year her parents moved to Riverside and she discovered RCC.

“Going to community college has probably been one of the best decisions I’ve made; it’s pushed me to excel more in everything that I took part in,” said Kaur, who takes honors classes at RCC and volunteers extensively. “Getting involved with the Associated Students of Moreno Valley College and Riverside City College has really helped develop who I am. I’ve grown so much as a person, from my critical thinking to communication skills; I couldn’t imagine a different college experience.”

And it began from her time as a volunteer.

“Being involved at the local level has given me a sense of what students and faculty want, and being able to engage in committees on the state level has given me a balanced head in what changes can be made,” she said. “Throughout the years I have been a student, chair, and liaison. I know what being a student representative entails, and I have a close understanding what our local colleges and students want.”

2015-01-31
SSNews
Previous: Who is behind Pal Singh Purewal’s Nanakshahi Calendar
Next: Critical state of Sikhs in North Punjab – A tale of Changing faiths