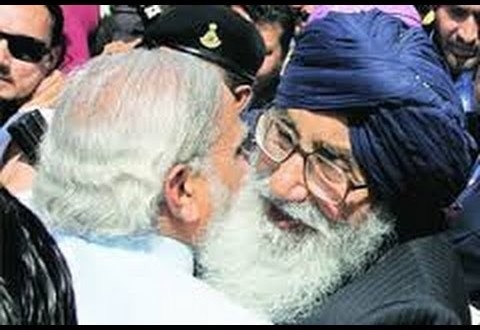 BJP and Akali Dal (Badal) going to breakup in Punjab

Anil Joshi has alleged that local Akali leaders shot at his brother on Tuesday after Raja filed his nomination from Ward No. 23, where the Akalis wanted to field their candidate. The minister has alleged Akali MLA Harmeet Sandhu is the main accused in the case.

The 24-hour BJP “ultimatum” came following party’s core group meeting in Chandigarh today, where the party reportedly discussed boycotting municipal elections and snapping ties with the Akalis. “If our demands are not accepted within 24 hours, we’ll meet tomorrow and decide the future course of action,” said Tarun Chugh, a core group member. The party has decided to send a four member team, led by state unit chief Kamal Sharma, to Tarn Taran tomorrow.

Party sources said five members of the core group — Ashwani Sharma, Manoranjan Kalia, Avinash Rai Khanna, Jagtar Saini and Rakesh Rathore —could not attend the meeting due to prior commitments. Their absence, however, has led to speculation about a division in the party on the issue as most of them are identified mainly with one group. Sources said though members at the meeting did express their displeasure after watching a video recording of the episode, they didn’t appear to be as indignant as they were on Wednesday. “They preferred to wait and watch following an assurance by the Chief Minister to BJP’s national leaders in Delhi today and to Kamal Sharma that justice would be done,” said a party source.

The attack on Raja Joshi and non-registration of an attempt-to-murder case against the main accused has hugely upset the party. Sources said the core group members were not unanimous on snapping ties with the Akalis, one reason for which could be lack of support from party’s national leaders. Parliamentary Affairs Minister Madan Mohan Mittal, left the meeting briefly citing urgent “file work”.