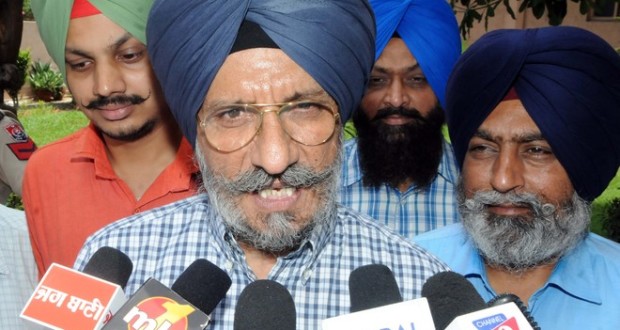 Amritsar, Punjab: In an embarrassment to the Shiromani Akali Dal-BJP government, the Amritsar chief of the SAD (Urban) and Punjab Energy Development Agency chairman Upkar Singh Sandhu resigned from his posts besides the primary membership of the party.

Holding the state government responsible for the current unrest, Sandhu said, “The recent incidents of desecration of the Guru Granth Sahib, pardon to the Dera Sacha Sauda head and now the suspension of Panj Pyaras have left me shocked as a Sikh. I cannot remain associated with the party anymore. I have sent my resignation to president Sukhbir Singh Badal.”

Sandhu claimed that he was suffocated with the prevailing scenario and the alleged misuse of the Akal Takht had left him in pain.

Sandhu said, “The government is responsible for what is happening in the state. What was the need to open fire on people protesting peacefully?” Sandhu demanded that the Panj Pyaras be reinstated immediately. Accusing the state government of not taking appropriate measures at the start of the problem, Sandhu said, “The kind of feedback trickling in after the arrest of two men in the Bargari incident is enough to show that police have acted in a hurry.”

The police must conduct a thorough probe and ensure that no innocent was harassed, he added.