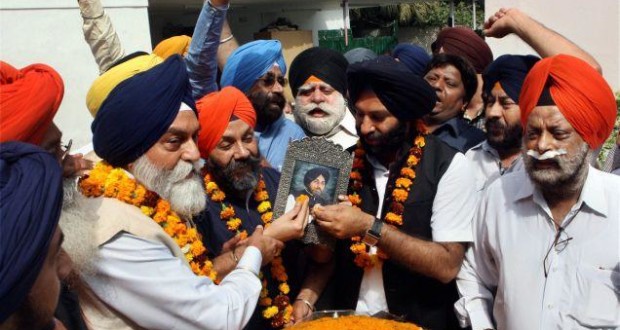 The crucial Delhi elections will see the Shiromani Akali Dal (SAD) playing the Sikh card to the hilt. The stakes are high for the SAD — which wants to emerge as a national player — and its alliance partner the BJP, which hopes to capture power in the national capital.

To woo the seven per cent Sikh voters in Delhi, the two parties have agreed to work in tandem.

The Akali Dal, which is contesting four seats – Rajouri Garden, Hari Nagar, Kalkaji and Shahdara – has devised clear-cut strategies. The party is discouraging Sikh leaders, who have trimmed their beards (against the tenets of Sikhism), from coming to Delhi and canvassing for party candidates. The reason: Most Sikh voters in Delhi are Khatri Sikhs, who dislike trimming of hair.

The party has also decided to fall back on its old guard to garner votes for its candidates. The young SAD turks will take care of party’s micro-management in the four seats it is contesting and 18 other segments where Sikh votes can play a decisive role.