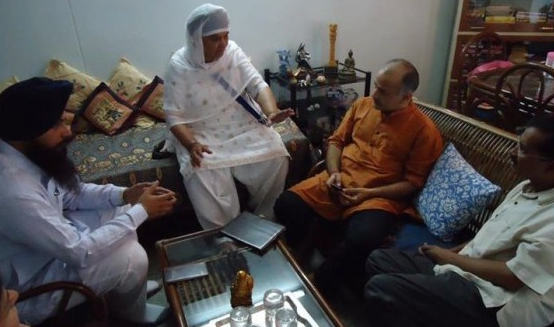 Amritsar, Punjab: With the Aam Aadmi Party (AAP) returning to power with a landslide victory in Delhi, the 1984 Sikh Genocide victims are hoping that justice will finally be delivered to them after three decades.

Bibi Jagdish Kaur, who lost her husband, son and three brothers in the genocide, said: “We have high hopes from Arvind Kejriwal as he had recommended a special investigating team (SIT) during his stint as CM the last time he was voted to power.”

She said the AAP leader had showed that he was sincere in delivering justice to the riot victims. She said the compensation announced for the next of kin of those killed was fine but the government should also ensure that justice was done.

Noted lawyer and AAP leader HS Phoolka, who has been fighting the cases of genocide victims, said compensation to the victims and the constitution of an SIT topped the agenda of the AAP government. He said the families should not lose heart. Phoolka mentioned a case which was re-opened and decided in 2013, leading to the conviction of five persons.

He, however, said: “We can’t expect all offenders to be punished as a number of witnesses are no longer alive.” he added.

Manjit Singh GK, DSGMC chief, said Justice Mathur in his report had recommended the formation of the SIT and Prime Minister Narendra Modi too had made an announcement in this regard. He hoped that the Centre and the Delhi government would work in tandem to deliver justice to the genocide-hit families who have been running from pillar to post for the past 30 years.

Phoolka said they had opened an office for helping those eligible for relief.