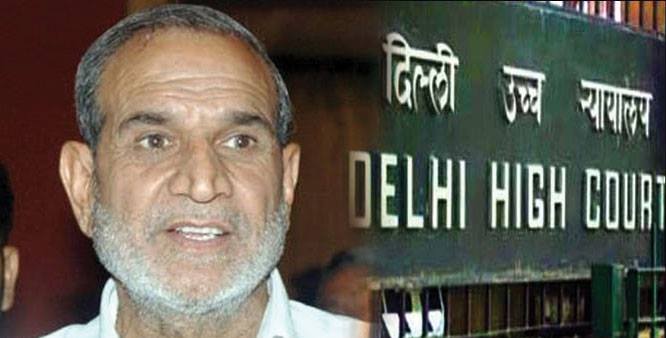 Witness to seek Lt Governor’s nod for records on Sajjan

New Delhi: A Delhi government official on Monday told a local court, which is trying Congress leader Sajjan Kumar in a 1984 Sikh genocide case, that he would seek permission from the Lt Governor’s office for showing records related to the grant of sanction to prosecute the accused in the matter.

Vishwendra Singh, then deputy secretary (home) of the Delhi government, deposed as a prosecution witness before district judge JR Aryan and said if permission was not granted by the Lt Governor’s office to show the records regarding the grant of sanction by the Lt Governor on January, 1, 2010, he would file an affidavit in the court.

Singh, who is now private secretary to the Delhi LG, was earlier asked to produce records related to the grant of sanction to prosecute.

He is a formal prosecution witness, who has been brought by the CBI to prove sanction to prosecute Sajjan and other accused under sections 153-A (causing disharmony between different communities) and 295 (injuring or defiling place of worship with intent to insult the religion of any class) of the Indian Penal Code (IPC).

The court fixed January 28 for further recording the witness’ statement.

Apart from Sajjan, Brahmanand Gupta, Peru and Ved Prakash are facing trial for the charges of murder and rioting in connection with the case of killing of Surjit Singh in Sultanpuri here.

The court had on January 10 commenced the trial in the case by recording the statement of Singh, who was unable to give details regarding the sanction issue without looking at the documents.

Previous: Even Punjab’s CM has to wait for his turn here
Next: DSGMC hails relief to Bhullar