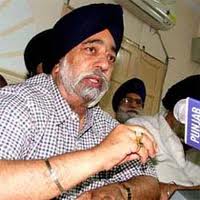 Will restore gurdwara in Lahore: Sarna

Comments Off on Will restore gurdwara in Lahore: Sarna 301 Views

Ludhiana, Punjab: Shiromani Akali Dal (Delhi) president Paramjit Singh Sarna has said his outfit has got the “sewa” of restoring the Gurdwara Dera Sahib building, the site where Guru Arjun Dev was martyred, at Lahore. He said this was decided by a Sikh congregation and Pakistan Sikh Gurdwara Parbandhak Committee, which are overseeing the restoration work of Nankana Sahib.

He said a part of the Gurdwara ‘Shaheedi Asthaan’ would not be changed at all during the restoration work. He said the gurdwara would be built with the approval of the Waqf Board in Pakistan.

Previous: Sikhs support during war is highlighted.
Next: Scorching heat no deterrent for devotees