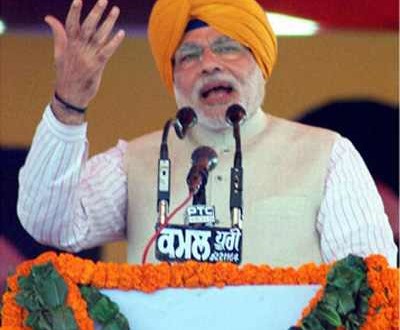 Comments Off on Why no turbaned Sikh in Union Cabinet, Cong MLA asks Modi 913 Views

Chandigarh: Lauding the efforts of Prime Minister Narendra Modi in downsizing his Cabinet, Punjab Pradesh Congress Committee (PPCC) vice-president and Guruharsahai MLA Rana Gurmit Singh Sodhi today pointed out that there was no turbaned Sikh in the Union Ministry.

“The Sikhs have a history of supreme sacrifices in defending the country. Starting from fighting the Mughals to the struggle for Independence, Sikhs have always been in the forefront. So far, Sikhs had always found a place in the Union Cabinet. But Modi has broken the norm and hurt the Sikhs,” he said in a statement. He said the Congress had made Giani Zail Singh as the country’s President and Dr Manmohan Singh its Prime Minister.

“Even non-Congress governments headed by Morarji Desai and HD Deve Gowda gave representation to the Sikhs. It is baffling why Modi has ignored turbaned Sikhs while forming his Cabinet. “Modi was vocal in seeking their support while campaigning in Punjab, but has decided not to have a turbaned Sikh as minister,” he said.