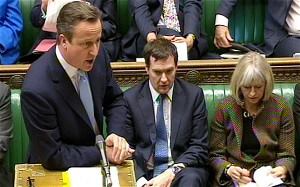 Sikh groups have criticised the scope of a Whitehall review into whether British SAS soldiers were involved in the 1984 Amritsar massacre.

They are concerned that the review only covered any British complicity in the first part of 1984 – not in the latter half of the year at the time of the massacre, in early June 1984.

William Hague, the foreign secretary, is expected to make a statement to MPs on the review on Tuesday.

In a letter to the Prime Minister, Bhai Amrik Singh, the chairman of the Sikh Federation, said he was “hugely disappointed” with the inquiry’s “narrow terms”.

A meeting with Sir Jeremy Heywood, the Cabinet secretary, had failed to assuage concerns, he said.

Mr Cameron announced last month that Britain’s alleged involvement in the massacre of hundreds of Sikh separatists in an Indian temple in 1984 will be urgently investigated.

Documents disclosed under the 30 year rule revealed that an SAS officer was drafted in to help the Indian authorities with plans to remove dissident Sikhs from the Golden Temple (Sri Harmandir Sahib) at Amritsar, Sikhism’s holiest shrine.

The plan was ordered with the full knowledge of Margaret Thatcher, according to letters between the Foreign Office and the former prime minister’s private secretary.

Hundreds of Sikhs – many of them pilgrims – were killed in the attack, called “Blue Star” which plunged the country into some of the worst violence in its history.

It is not known whether the plan referred to in the documents from February 1984 was used by the Indian government.

A few months after the massacre, Indira Gandhi, India’s Prime Minister, was assassinated by two Sikh bodyguards in what was regarded as a revenge attack.

In the letter, disclosed on Monday, Mr Singh wrote: “We are dismayed the terms of the review were only formally made available almost three weeks after the review was announced and only days before an announcement of the results of the review are expected in Parliament.

“It appears the review has looked at a narrow period and not covered the period in the latter half of 1984 and may not have addressed some of the concerns raised by UK politicians in the last three weeks, e.g. threat of sanctions by India against the UK, Germany, Canada and USA towards the end of 1984 for sympathising with Sikhs in the Diaspora.

“From the outset you have emphasised the need for transparency, but the significant delay in sharing the terms and that they appear to have been changed for political reasons does not bode well with such assertions and your emphasis on the speed of the review.”

Government sources said that the breadth of the review was dictated by the period which was covered by the documents, which were released under the 30 year rule.

A 10 Downing Street spokesman said: “As soon as the PM became aware of these documents, he tasked the Cabinet Secretary with establishing the facts about UK advice to the Indian Government on its plans for operations at the temple complex in Amritsar.

“This is precisely what the review has done and the Foreign Secretary will set out the findings to MPs tomorrow.”

The row threatens to derail Conservative attempts attempts to attract Sikh voters, who could play a decisive role in marginal seats in London and Leicester.

Last year, on a visit to India, Mr Cameron flew to Amritsar at the end of a trade visit to Delhi and made a public show of British contrition over a different massacre in 1919, which left at least 379 Sikh civilians dead.

The Prime Minister visited a memorial in the Jallianwala Bagh gardens, laying a wreath and writing in a book of remembrance. In his tribute, Mr Cameron stopped short of an apology, but expressed profound regret at the incident.