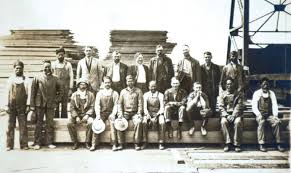 US researcher out to find Ghadar Party’s origin

Jalandhar, Punjab: A US-based research scholar, Johanna Ogden, is undertaking a self-funded research project to find the origin of the Ghadar Party in the US.

She is expected to pen a book on the Indians in Oregon and the Ghadar Party in the US by the year-end. Ogden was at Desh Bhagat Yadgaar Hall here today for her research.

“The moot point of my book is that the Ghadar Party had its beginnings in Oregon and later shifted base to San Francisco, where it had an office and a press,” Johanna told The Tribune.

“I will document the period of 1900, 1905 and 1915 in Oregon, which is significant because of the Indian community who lived along the 200-mile stretch of the Columbia river. I want to document where they lived and what kind of community it was,” she said.

Johanna said the research involved talking to people, mainly radicals, from Vancouver, Canada and California. “I will dig up the initial meetings of the Ghadar Party in Oregon and focus on why such an important story was lost. What were the reasons behind it?” she asked.

The research scholar said her focus was on riots that took place in St Johns at Oregon in 1910. “To study those riots was very significant for my research. There were series of riots in Bellingham and Washington in the US and Vancouver (Canada) in 1907 and later on spread to West Coast.”

“Oregon was the only place where local city officials, regional government, state government, federal government and British Council prosecuted the rioters. The trial took two years to complete. And it was the same time when Ghadar Party meetings started in Oregon,” she added. 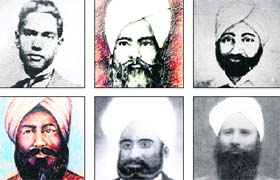