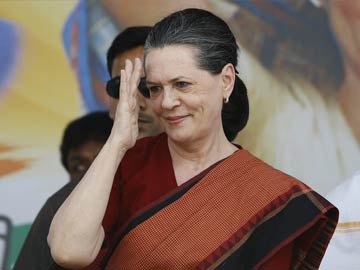 New York, USA: A US court has ordered Congress president Sonia Gandhi to provide a copy of her passport as documentary evidence by April 7 to determine if she was in America last September when a Sikh rights group claims to have served summons on her in the 1984 Sikh genocide case.

Sikhs for Justice (SFJ) claims Sonia was served summons last September when she had allegedly visited the Memorial Sloan-Kettering Cancer Center in New York for a medical check-up. The group has challenged Sonia’s claim that she was not present in New York last September and so was not served with a summons or complaint in the human rights violation lawsuit filed against her by the group.

Judge Brian Cogan of the Manhattan federal court yesterday said Sonia has not demonstrated sufficiently that she was not in the US between September 2 and 12 last year and should provide some form of documentary evidence, preferably her passport copy, by April 7 to determine whether or not she was in the US.

“The court cannot find that a sufficient showing of non-presence has been made based on the affirmation without plaintiffs’ having received some discovery to confirm it. Defendant must provide some documentary evidence to corroborate her otherwise-unsupported declaration stating that defendant was not in the US at the time of service,” he said.

“It seems to the court that the easiest way would be for defendant to provide a copy of her passport, showing her most recent entry and exit stamps into and out of the United States, thus demonstrating that she was not in the country between 9/2/2013 and 9/12/2013,” he said.

Sonia has filed a motion in court seeking dismissal of the lawsuit against her citing lack of personal jurisdiction and that she was never personally served the summons.

Responding to Cogan’s order, Sonia’s attorney Ravi Batra said the judge “focused on Gandhi’s sworn declaration, has asked for documentary supporting proof to expedite issue-resolution and not waste time on SFJ-sponsored wild goose chases. Swift justice, when available, is to be cherished, and as attorneys for Gandhi, we welcome it.”