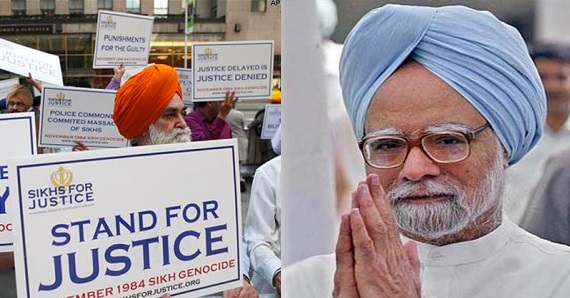 Comments Off on US court allows service of summons on Dr. Manmohan Singh through his daughter in Human Rights violations lawsuit 785 Views

Washington, DC: In the human rights violation law suit against former Prime Minister Manmohan Singh, a US court has granted Sikhs For Justice (SFJ) motion allowing service of summons on ex-PM’s daughter Amrit Singh, who is a permanent resident of the United States. The leave was granted by US district judge James Boasberg in Columbia. On August 19, the judge ruled that former Prime Minister Manmohan Singh was immune from claims that he supported the genocide of Sikhs during his tenure as head of the country but did not have “head of state immunity” for claims arising from his tenure as finance minister (1991-1996). Sikhs For Justice filed a motion on August 18 for leave to affect service through alternative means to authorize service of the complaint and summons on the defendant by alternate means. Reasoning to grant the motion, Sikh group claimed that the plaintiffs met with a stonewall in their attempts to serve the defendant through Hague Convention via Central Authority of India and hence the request to use alternative means of service.

While requesting US judge to allow service of summons on daughter of ex-PM, rights group claimed, “The defendant Manmohan Singh’s daughter Amrit Singh is a known individual and has been residing and working in New York for several years. The relationship between the defendant Manmohan Singh and Amrit Singh as father and daughter is beyond doubt and during each of his trips to the United States defendant has been reported to have met Amrit Singh. Therefore delivery of summons and complaint to Amrit Singh will certainly reach the defendant.” The motion further states, “Amrit Singh is an attorney admitted to practice before the courts of the United States and a seemingly law abiding and responsible individual who will not falter in conveying and delivering the court summons and complaint to her father the defendant, once she receives the court papers.”

“Reassuringly enough, Amrit Singh is a human rights lawyer who feels for the victims of torture and has demonstrated commitment to human rights and torture related issues,” SFJ further added. SFJ and US resident Inderjit Singh had claimed in the 2013 suit that as finance minister Manmohan Singh “funded several counter insurgency operations in state of Punjab during the 1990s resulting thousands of Sikhs being killed extra- judicially by the security forces.”

Previous: SGPC flays basketball federation as matter comes to a head again
Next: Foreign fighters tell us a different story from the trenches