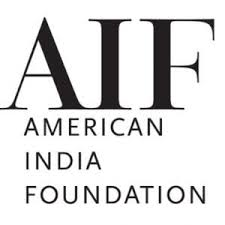 Comments Off on US body focuses on Punjabi culture, social issues 364 Views

Amritsar, Punjab: The American India Foundation (AIF), under its campaign, is focusing on highlighting the importance of Punjabi culture and addressing social issues through the medium of performing arts, digital arts and visual arts. Created by over 1,200 students, these projects are to be displayed to over 5,000 students.

Starting at DAV College today, it will be shown to the students at different venues up to January 24. Films for social change were shown at the college. The AIF has picked up students from 20 high schools of Amritsar, Taran Taran and Abohar to run a campaign of social change. A programme on dance and music for social change will be held at the Art Gallery on January 22 and a student arts festival will be organised at Guru Nanak Bhawan on January 24.

The motive of the event was to make the youth understand the social importance of films and how it could prove to be an effective tool in bringing about positive changes in society.

More than 25 films ranging from short films to documentaries made on social issues by 20 schools were screened during the event. Some of these include “Vrat” and “Foods of Amritsar” by students of Vedic Girls Senior Secondary School, “Discipline” by Chheharta Girls High School, “Mera Pind” and “Do Raaste” by Shaheed Baba Deep Singh Public School.

In addition to these, a documentary on Disability-Discrimination, Pendu Jivan and Cyber crime made by students of Janta Girls High School, Guru Khalsa High School and Sri Ram Ashram Public School, respectively, were also shown.

Speaking on the occasion, Aamir Aijaz, Project Manager, AIF, said, “With the aim of facilitating opportunities for the students to connect with and take action in their community and the world, the project was conceived to motivate students to take initiative and explore the social issues existing in society. In order to spread awareness about the issues, students used the method of digital media for which the AIF provided guidance and supported them to learn the concept of films along with working and handling of camera. After learning all the techniques, the students themselves made films on their topics of interest.

He said the AIF was the largest US-based non-profit organisation focused exclusively on India. The AIF had directly impacted the lives of 1.7 million Indians through programmes in the critical areas of education, livelihood, and public health in support of its mission of catalysing and accelerating social and economic change in India. The organisation has raised and deployed more than $80 million in support of these efforts while partnering with 225 Indian NGOs to build a trusted nationwide network for innovation, implementation at scale, and sustainability.