Comments Off on US 9/11 revenge killer convicted 643 Views

USA: A man in the US has been convicted of murdering a Sikh man, whom he mistook for an Arab, in revenge for the 11 September attacks.
Frank Silva Roque’s lawyers had tried to claim he was insane when he shot Indian immigrant Balbir Singh Sodhi.

The murder took place in an Arizona petrol station just four days after the attacks, blamed on Muslim extremists.

In the aftermath of the attacks there was a massive surge in hate crimes against Muslims and Arabs in America.

Roque, aged 44, could now face the death penalty for gunning down the father of three in front of the petrol station that he owned in the town of Mesa 15 September 2001.

The murder was part of a spree of racially motivated violence in which having killed Sodhi, Roque then fired shots at another petrol station, where a man of Lebanese descent was working, and then at a house inhabited by an Afghan family.

Roque’s defence lawyers had argued that he was insane at the time of the murder, rendering him incapable of telling right from wrong, and had suffered from mental illness his entire life.

They claimed that their client had never used racial slurs prior to the attacks in Washington and New York.

However, the prosecution argued that Roque had mistaken the turbaned Sodhi for a Muslim and subsequently out of hatred and a desire for revenge, not insanity.

Lawyer Vince Imbordino drew particular attention to the pre-meditated nature of the crime, saying that Roque had practiced shooting and reloading before killing Sodhi.

The victim’s brother Lakhwinder Singh Sodhi said that he conviction sent a message to the country that hate crimes were unacceptable.

“America wants justice. We showed the world we can’t have hate crimes in our community,” he said.

Hate crimes against Arabs and Muslims in the US increased by 1,700% in 2001, according to crime statistics compiled by the Federal Bureau of Investigation. 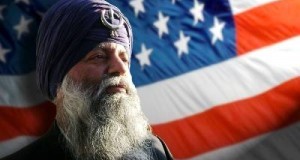