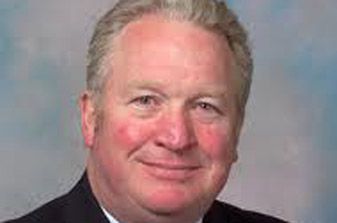 UK to change work law on turbans for sikhs

London, UK: Britain is close to changing employment laws to remove an anomaly that meant Sikhs were exempt from wearing head protection in a high hazard industry such as construction, but were required to do so in lower hazard workplaces.

Following the completion of a consultation process carried out by the health and safety executive, the David Cameron government is expected to shortly place an amendment to the De-regulation Bill currently before parliament.

The forthcoming change takes forward British rules and legislation relevant to the Sikh community that were first challenged in 1969, when bus driver Sohan Singh Jolly succeeded in his campaign to overturn a local ban on bus drivers wearing turbans in Wolverhampton.

Minister of state for health and safety Mike Penning told Press: “I’ve listened to the arguments and I’m supportive of the Sikh Council’s desire to extend the exemption. That is why I’m personally intervening to change the law”.

He added: “It’s about restoring a common sense approach to health and safety to get rid an anomaly which means turban-wearing Sikhs are exempt from wearing hard hats on construction sites be made to wear them in lower hazards workplaces.”

Official sources said the wording of the amendment is still subject to discussion and approval but the initial proposal is to replace the phrase “on a construction site” with “in a workplace” in the Employment Act 1989.

Representations to the government by the Sikh community, especially the Sikh Council UK, had identified problems experienced due to the limitations of the current exemption. They pointed out that limiting the exemption to an industry which has a high risk of head injuries, and not to other lower risk industries, was an anomaly.

In a recent debate in the House of Commons, Penning said: “As the law currently stands, turban-wearing Sikhs are exempt from wearing head protection in a high hazard industry, construction, but may be required to wear it in lower hazard workplaces”.

He added: “I am seeking to table an amendment to the De-regulation Bill, which is currently before Parliament, to extend this exemption to all workplaces, including industrial premises. The amendment will also extend the limitation on liability for employers to any work situation where a turban-wearing Sikh chooses not to wear head protection”.

There may be very limited exceptions, such as specific roles in the emergency services or armed forces, Penning saids