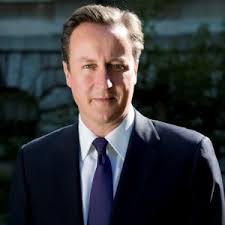 London, UK: Sikhs in the UK will be exempted from wearing hard hats at construction sites, British Prime Minister David Cameron has announced.

“From now on, Sikhs don’t have to wear hard hats at construction sites in our country,” Cameron said last night at a Baisakhi reception he hosted at 10, Downing Street.

“We have already stopped searching of turbans in the UK,” he said, describing British Sikhs as “absolute role models in integrating with the British society.” Construction sites are considered to be one of the most dangerous workplaces and hard hats are worn as a precautionary measure.

Recalling his visit to the Golden Temple in Amritsar, Cameron said, “I will never forget my visit to Amritsar and the peace and tranquility I experienced there.” “I know how much pain there was after the Operation Bluestar (in 1984).” He said he wanted adequate representation of Sikhs “everywhere” – including the army and judiciary.

He said: “This year marks the 160 years since the first Sikh arrived in Britain. Since then, the story of British Sikhs has been one of success – of many thousands of people making a positive contribution in so many ways.