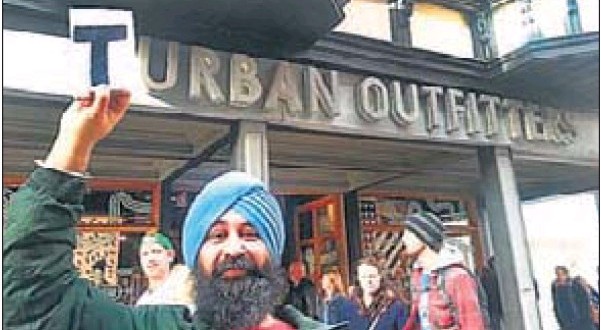 London, UK: A Twitter photograph of a Sikh man in the UK , turning a branch of fashion chain Urban Outfitters into ‘Turban Outfitters’ by using a sign, has gone viral. Chaz Singh, who is a councillor for Plymouth’s Drake Ward, created the funny photograph when he drew the letter ‘T’ on a paper and held the sign up in front of the letter ‘U’ in ‘Urban Outfitters’, the Daily Star reported. Singh said he went into the store, asked for a pen and paper, and started drawing the letter. Singh, 41, said people were chuckling as they walked past, and one man realised what he was doing and said it was “just amazing”. He added that his photograph was “fun, and also about being proud of who you are.”

“My funny move has humanised the turban.”