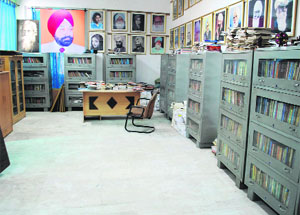 Amritsar, Punjab: Trying to live up to the reputation of being the ‘theatre capital’ of the state, Amritsar has never had a dearth of creative talent. The problem though is the side lanes. Having two prominent cultural spaces in the city with Virsa Vihar and Punjab Natshala, the Punjabi language stage doesn’t lack in inspiration.

Yet a remarkable collection of literary history stored in these spaces has been lying dormant through time.

With over 200 students coming to the city to attend workshops and gain experience in theatre, the literary sources of the history of theatre and stories by popular Punjabi playwrights remain behind the closed doors at the libaries. The Dhani Ram Chatrik Library at Virsa Vihar is one such example.

Espousing great works in Punjabi theatre, work and popular compilations of Punjabi playwrights containing the history of famous Punjabi folklore, with a collection of 5,000 books in Punjabi, Hindi and English literature, the library is yet to get noticed.

“We have been trying to encourage a footfall by organising exhibitions of the collection of rare books at the library. Since all the books in the collection have been donated by prominent writers and scholars of the city, the library doesn’t compromise on quality,” informs Kewal Dhaliwal, director, Virsa Vihar. But despite this, it still doesn’t have any takers.

“The library, which could be turned into a major attraction since it contains books on most topics related to Punjabi theatre, its playwrights, stories and other facts, has been out of anybody’s focus.

There are books on Punjabi and Sufi poetry, popular stories on which several acclaimed Punjabi plays have bee staged, folklores and legends of Punjab. Even theatre students who come here for workshops do not pay attention,” says Parminderjit, editor of the Akhar magazine which is published from the premises.

Automatised the popular theatre culture, books do not find any mention, agrees Jatinder Brar, patron of Punjab Natshala. “About 10 years back, we had opened a library at Punjab Natshala, where works on Punjabi theatre were kept for everybody to access. But we didn’t get a good response and it became tough to maintain, so we had to shut it down. Since then, it is only live activities, but not the written word that has been on Punjabi theatre’s mind,” he shares.

One has to make an attempt to revive them, one has to encourage reading about theatre even among the students learning theatre.

“Reading about the history of our theatre, its popular influence and the legends of the genre will help us groom better talent. One has to ensure that the cultural libraries become a striking element, even for those outside theatre talent who visit during the theatre festivals,” believes Parminderjit. 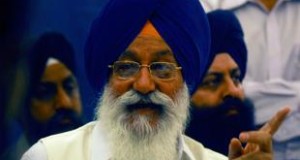