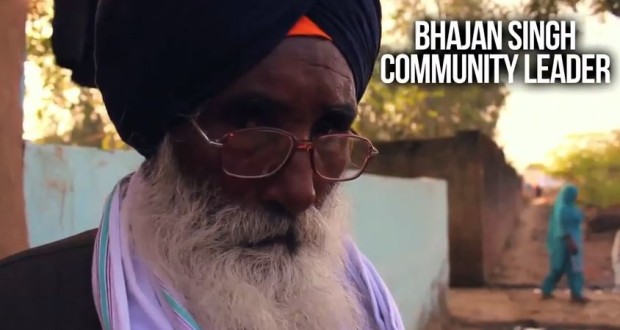 The Story of the Sikligars

Comments Off on The Story of the Sikligars 1,423 Views

Sikhs comprise more than 60 percent of the population of Punjab.

But Sikh scholar Chiranjiv Singh speaks on the question of Sikhs born and bred amongst cultures distant from the Punjab region, the home of Sikhism. From a Punjabi Sikh family, Chiranjiv served as a senior Indian Administrative Service officer of the Karnataka cadre. Steeped in Kannada culture, he has made Bangalore his home.

Chiranjiv is of the view that non-Punjabi Sikhs and Sikh tribes, whose numbers together are said to be larger than Sikhs in the Punjab, “should be left free to chart their own future, independent of the lead of Punjabi Sikhs.”

The relations of Sikhs of Punjab vs-a-vis other Sikhs is one complex part of this process, especially in the context of the depressed social and economic situation of the latter.
“They should be liberated, so to speak, from the hold of the Punjabi Sikhs,” says Chiranjiv adding, “Sikhism, which was a movement … for freedom from the inequities imposed by the social system, would thus be returning to its origins.”

Sikligars Sikhs were the lohars (ironsmiths/blacksmiths) who once specialized in the craft of making and polishing weapons. Once more commonly known as Gaddilohars the term Sikligar was bestowed on these men who fashioned iron by Guru Gobind Singh who turned Lohgarh (the Iron fort at Anandpur Sahib) into the Sikh Armoury. The word is derived from the Persian – saqi/sakli, lit. polishing, furnishing, making bright (a sword), the term saqlgar means a polisher of swords. In medieval India, Sikligars were in great demand for manufacturing spears, swords, shields and arrows. What the world knows as Damascus steel, used in making some of the finest swords known to man, was manufactured by Indian lohars and shipped to Damacus as layered iron pellets.

Recently a piece of Gold embellished steel armor decorated with Sikh Bani (Hinted to be possibly once owned by Guru Gobind Singh) was made of this type of steel, which in India was called watered steel as its surface reminds one of flowing water. A lohar by the name of Ram Chand, initiated as a Sikh by Guru Gobind Singh, became Ram Singh the first Sikligar Sikh. Though not one of the Panj Piarays he was with the Panj Piarays and Guru Gobind Singh fighting in the battle of Chamkaur and accompanied the Guru out of the fort in the night.

Traditionally held to be of a low caste (working with iron can make one appear very dirty) the gaddilohars first came in contact with Sikhi during the time of Guru Hargobind (1595-1644) who had, after the Martyrdom of his father Guru Arjan initiated the ‘practice of arms’ and ‘statehood’ among Sikhs with his donning of ‘Miri and Piri’ (his two swords which symbolized spiritual and worldly power). They seem to have been Rajputs of Mewar who came to the aid of Guru Hargobind who perceived the need for his Sikhs to begin to learn and master the martial arts to insure their growing community’s survival.