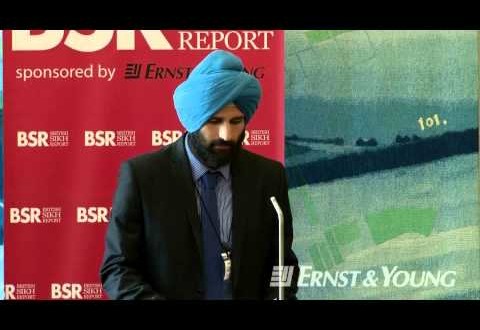 Comments Off on The Sikh Pound is worth £7.63 Billion, according to the British Sikh Report. 3,546 Views

London, UK: 9 April 2014: The British Sikh Report (BSR) is the only strategic document of its kind, aimed at governmental bodies and national institutions alike, which draws attention to the aspirations of the British Sikh community across a range of areas. Compiled by a collective of British Sikh professionals and academics, it is based on quantitative research and will be used to help better understand and meet the various needs of the Sikh community.

It is anticipated that the report will assist non-Sikh organisations in working with the current British Sikh population on collaborative projects.

According to the report, British Sikhs are clear net contributors to the British economy and have a strong entrepreneurial drive, with about one in three British Sikh families (34%) owning a business in the UK.

Ed Miliband MP, Leader of the Opposition, comments, “The Sikh community is one which has made an immense contribution to British society over many years. I welcome the British Sikh Report 2014 for the insight it helps to provide to the community.”

Jasvir Singh, chair of the British Sikh Report, comments, “The British Sikh Report 2014 has helped to show just how powerful the Sikh contribution to the British economy is. Sikhs are amongst the most financially independent people within the UK, and this often unsung and overlooked community deserves to be recognised as playing an important and integral role in contemporary Britain.”

The document was launched at a Parliamentary event on Wednesday 9th April where Sadiq Khan MP (Shadow Justice Secretary), Priti Patel MP and Lord Dholakia amongst others spoke of the positive relationship between Sikhs and Britain and discussed the findings of the report.

An online questionnaire was created by an independent team, using societal and community-based knowledge of issues effecting the Sikh population. Academic bodies , third sector organisations and various corporations were then invited to give their input on questions within the report, before it was disseminated to the wider Sikh population.

RSVP to attend the launch of the British Sikh Report at Parliament:

An event on Wednesday 9th April from 6pm-8pm at the Boothroyd Room in Portcullis House will see MPs including Priti Patel, Sadiq Khan, Stuart Andrews and Fabian Hamilton discuss the report and share their thoughts on the British Sikh community.

If you wish to attend the event, please contact Param onparam@citysikhs.org.uk and we would be happy to facilitate that.