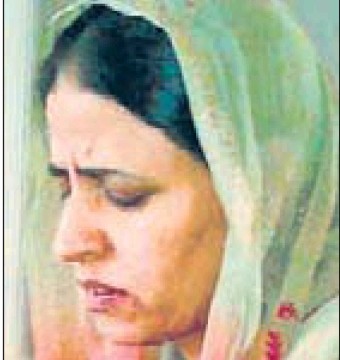 Comments Off on Support from Kejriwal was unexpected: Bhullar’s wife 599 Views

Navneet got two unexpected news last week. The first was the Supreme Court ruling that the delay in deciding on the mercy plea is sufficient ground for commutation of death sentence to life and, the second was Kejriwal extending support to Bhullar.

While talking to HT over phone from Canada, Navneet was cautious while reacting to the two developments.

“It happened many a time during the long judicial fight that we came too close to freeing my husband from the gallows, but every time things took a U-turn and we were left disappointed. Now again, we feel we are close to getting justice but nothing can be said till something constructive comes out,” said Navneet.

“Our lawyers wanted me to come to India after the new possibilities of the release emerged, but right now my health does not allow that,” she said.

“We have been supported by many political parties and groups in India and abroad and have approached all for the release of Bhullar,” said Navneet, who worked as a teacher at a private school in Bathinda before leaving for Canada after Bhullar was arrested in 1994.

On support from Kejriwal, she said, “We never approached Kejriwal and have no contact with him or his party. It was unexpected. We are thankful to him. Both the Congress and BJP governments have ruled Delhi but neither did much for Bhullar.”

She said she had no affiliation with any political party. When asked if she would meet Kejriwal on her return to India, she said, “We have seen in the news channels that the common man can approach him, so if such a situation arrives, I will meet him.” 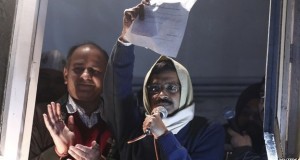 Arvind Kejriwal – A true dedicated politican that India can ever have