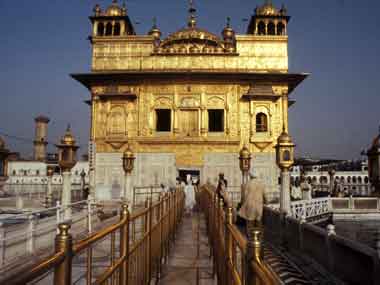 Chandigarh: The Punjab Government has doubled the monetary assistance being paid to soldiers who had deserted the Army in the aftermath of Operation Bluestar in Amritsar, 30 years ago.

In addition, the grandchildren of these individuals would also be entitled to free education in government-run institutes, including professional colleges. These benefits were introduced for the deserters, referred to in some sections as “dharmi faujis”, on the grounds that they had served in the armed forces but had been swayed by religious sentiments and emotions and were not in receipt of any pension or service benefits.

The impact of Operation Bluestar within the armed forces was highly disturbing, with collective insubordination and acts of violence erupting in some army units comprising Sikh troops. According to reports, about 3,000 Sikh soldiers had left their units or barracks on hearing about the attack on the Golden Temple, though many returned soon after.

Scores of soldiers who had perpetuated such acts were tried by court martial and dismissed from service. An entire battalion, 9 Sikh, was disbanded in 1984 owing to such incidents. Command failure, media blackout and troops not being appropriately briefed about the impending operation are among reasons cited for collective insubordination.

In fact, after the incidents, the Army had experimented with the concept of “mixed class composition” of Army battalions where an infantry battalion, based on caste or religion, had companies from other ethnic groups or religions. For example, a Sikh battalion would also have a company of troops from the Madras Regiment. This was later done away with, and battalions reverted to their original “pure-class” or “fixed class” composition.