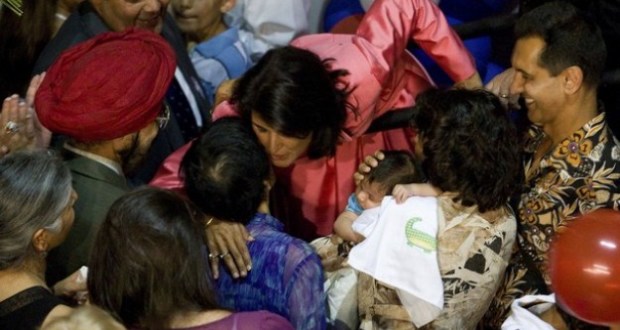 South Caroline, US: South Carolina’s Indian-American Governor Nikki Haley will lead a 10-day trade mission to India next week, hoping to attract more foreign investment and sell the state as a tourist destination.

The places she will visit include Chandigarh and Amritsar.

The November 12 to 22 trip is intended to make a “first impression” that sells South Carolina as a tourism destination and a place to do business, local newspaper The State reported citing an official. Haley, who met Prime Minister Narendra Modi in New York in September, was cited by the State as telling reporters on Thursday that she did not know what to expect from the trip.

The trip’s schedule is “nothing short of grueling” with 90 planned meetings and events, including 40 on Haley’s itinerary, Hitt said.

State commerce officials have travelled to India four times in two years to prepare for the trip, but Haley’s visit will garner media attention there, he said.