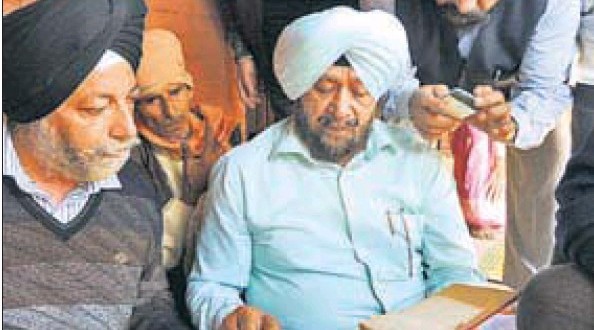 Comments Off on Sikhs to restore Guru Nanak Sahib Gurdwara in Nepal 1,043 Views

Nepal: To commemorate 500th year of Guru Nanak’s visit to Nepal in 2016, a Dubai based charitable trust plans to develop a lesser-known shrine at Thapathali town of the hill country into a major religious destination.

Dubai-based Sikh entrepreneur and philanthropist SP Singh Oberoi told Hindustan Times on Sunday that he had a `100-crore plan for the scientific preservation of Guru Nanak Math at the shrine.

After Sarbat Da Bhala Charitable Trust, a public charity floated by Oberoi, has given the gurdwara a facelift, the shrine management committee of Sikhs and Nepal government representatives would maintain it. The birth anniversary of Guru Nanak Dev was celebrated at Thapathali early this month.

“Pilgrimage to Nankana Sahib, birthplace of the Guru and one of the most revered places for Sikhs, is tedious and expensive owing to strained political relations with Pakistan; whereas, Nepal has simplified rules for foreign pilgrims,” he said. On the basis of revenue records in which the Math land was still registered in the name of Guru Nanak, Oberoi’s trust managed to convince the Nepalese government to recognise its religious significance.

“In 1516, the-then Nepal emperor Raja Jaya Jagat of the Malia dynasty had donated about 200 acres as religious service to the Guru. As there was no one to take care of the math, people encroached upon the land to construct houses and hotels. Now only 4 acres is in the possession of the shrine and some people are planning to sell even that illegally,” said the philanthropist.

The local Nepali population and officials helped his core team get access to the original papers signed by the-then Malia king of Nepal under his official seal. To make the offering nondisputed, Malia had made his son a witness. Multi-millionaire Oberoi said he had come across the math by accident three years ago. “I was looking for a place for a gatka (Sikh martial art) academy in Nepal when a Sikh devotee, Pritam Singh, told me about the neglected shrine. Once I was convinced of its link with Guru Nanak, I fought a long legal battle on foreign soil,” he said.

History says that Guru Nanak Dev visited Kathmandu in 1516 AD during his third udasi (long journey) and spent a-month-anda-half there. His first night in Nepal was on the banks of the Bishnumati river.

SP Singh Oberoi plans to construct a museum at the Thapathali math in Nepal, where he will keep a rabab (stringed musical instrument) believed to be of Guru’s disciple Bhai Mardana and an old 1,554-page manuscript of Guru Granth Sahib.

His team will search more relics related to the Guru and put the items on display after scientific preservation. He also plans an orphanage and adopting 100 children whose education his trust will sponsor. The martial arts academy plan is also very much on.