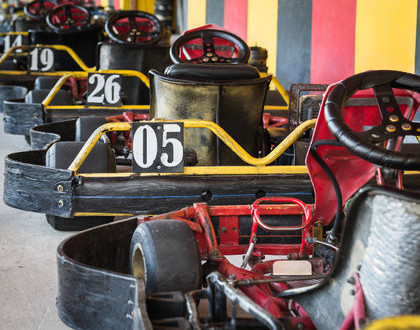 Washington, USA: Sikh and Muslim groups have filed complaints alleging religious discrimination against a California amusement park after a couple of families wearing their religious headgear were denied go-karting because of “safety concerns”.

The complaints were filed with the California Department of Fair Employment and Housing (DFEH) against Boomers, which is owned by Newport Beach-based Palace Entertainment.

Nasir Abdo of Sunnyvale filed a complaint on behalf of his daughter, Noorah Abdo, alleging that she was not allowed to ride on the go-kart at Boomers last August.

Members of a Sikh family from Alameda alleged that on July 28 last year, they were not allowed to ride go-karts while wearing the turban, reported Patch.com.

Officials of United Sikhs and the California chapter of the Council on American-Islamic Relations (CAIR) say another incident in March 2013 involved two women who went to the Boomers in Irvine with their four daughters and two sons.

The headgear ban was implemented after riders at other parks around the country were injured when headscarves, hats or other loose clothing were caught in the equipment, Palace Entertainment spokesperson Michele Wischmeyer said.

“Safety is our number one priority and this is a matter of safety, not racial or religious discrimination,” she was quoted as saying.

Previous: Tankhah to Majithia too mild: SAD (A)
Next: DNA testing of Ajnala martyrs to begin soon